Food vs. Fuel: The Debate Continues 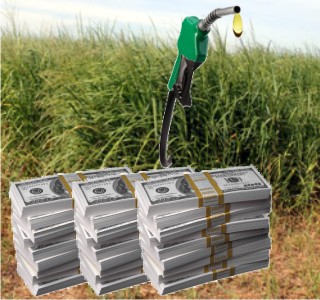 van Zyl says that the maize-for-biofuels debate has been checkmated.

Grain South Africa market research senior economist Wessel Lemmer says, at present, no grains are used for biofuels and maize is still excluded from government’s biofuels policy. This, he believes, is a lost opportunity as South Africa is able to produce maize over and above its food demand and, by using it for biofuels production, it could add value through rural economic development, employment and tax contribution.

He notes that South Africa is about to become an important net maize exporting country, owing to recent advances in seed technology and improved production practices.

Recently, the Minister of Agriculture, Forestry and Fisheries, Tina Joemat-Pettersson, revealed that Grain South Africa petitioned government to have the 2010 maize harvest surplus processed into biofuels. Government did not give Grain South Africa approval to do so as an approved biofuels policy was not yet in place. Hence, there was no policy framework within which the application could be considered, nor any formal mechanism for dealing with the appeal.

The DoE reports that production from Jatropha and maize has been excluded, owing to further research needed and food security concerns respectively.

Van Zyl says the food-fuel debate primarily revolves around the use of grains for the production of bioethanol, using first-generation technology. The global reality is that about 60% of grains are used for animal feed, most of the remainder for human food and other uses, and only between 2% and 4% for biofuels production, he says. (About 10% of global maize is used for biofuels, mostly in the US.) He, therefore, questions how it really impacts on grain prices and food availability and believes that the debate is inflated.

Lemmer suggests that, instead of excluding a commodity such as maize completely, the country should follow the example of the US, which has a policy in place aimed at ensuring food security. The country has three triggers in place, two of which are linked to a sudden increase in food inflation and a minimum required stock-to-use ratio of maize. If these are triggered the production of biofuels is lowered for a year to favour food security.

The DoE maintains that a cautious approach is needed to reduce the negative effect on food and land prices. Proven crops to use as feedstock include sugar cane and sugar beet for ethanol as well as canola, sunflowers and soya for biodiesel. The department also states further that feedstock must be locally available and support proven technologies that enable only sustainable investment.

“Currently, hunger prevails in Africa, despite the fact that unused and abandoned agricultural land can provide food for Africa and support net export too. If the biofuels industry is developed as a sustainable industry, using nonfood biomass as source, biofuels can create alternative markets for farmers and actually secure food production,” says Van Zyl.

Van Zyl says the benefits of biofuels include their potential to provide a source of foreign exchange savings for oil-deprived countries, the boosting of local agriculture production, additional markets and revenue for farmers, their contribution to political security, making Africa less dependent on oil, and creating local wealth. 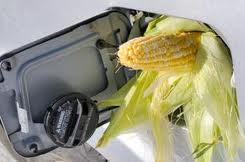 Makana Meadery CEO Dr Garth Cambray believes a significant opportunity exists for a biofuels industry to be developed that employs more people than the oil industry, and which, if developed correctly, has a smaller environmental impact. However, he says that risks to bear in mind include a lack of infrastructure, support services and crucial capital investment.

Important in the consideration of biofuels use is that the overall production and use cycle is less damaging to the environment than the use of fossil fuels, Moldan says. Often, the full life cycle of biofuels is not taken into account and more environmental damage can be linked to their use than originally thought. This perception is changing with a greater awareness of all the environmental implications and the drive for the production of second- and third-generation biofuels using waste materials as feedstock, he adds.

Cambray adds that, locally, more often than not, biofuels production will use irrigation and it is important to ascertain whether water can be spared for this, and how much. Masangane concurs, saying, as South Africa is a water scarce country, the Biofuels Strategy cautions against the use of irrigation water for feedstock production, although it makes provision for this, if the Department of Water Affairs is consulted and it concurs. The framework for this water-use consultation process is not in place and this remains a significant hurdle for the industry.

Pletschke says that one of the major obstacles and cost inputs to biofuels use in South Africa is the transport of waste feedstock to the production site. A potential solution is to build biofuels production plants closer to the waste production sites. Alternatively, biofuels companies could also focus on using biomass wastes particularly common to the local geographical area, thus removing the need to transport feedstock over long distances.

However, Lemmer says that, in using agricultural commodities, such as maize, sorghum, canola, soya beans and sunflower seed as feedstock, the waste produced is valuable animal protein feed, either in the form of dried distiller’s grains and solubles (DDGS) or oil cake. South Africa is a yearly importer of nearly one-million tons of oil cake. Hence, he believes that the production of DDGS and oil cake by the biofuels industry would significantly contribute to the substitution of imported oil cake, domestic food security, job opportunities and rural economic development.

Van Zyl says it is worrying that virtually no research has been done in Southern Africa on suitable agricultural crops for sustainable biofuels production without adversely affecting biodiversity and conservation. The only plants investigated are Jatropha for biodiesel and maize for bioethanol – both first-generation technologies and forbidden in South Africa for biofuels production. Although research on future biofuels biomass is essential, it appears that no funding has been earmarked.

Pletschke says that second- and third-generation biofuels technologies are believed to have the least impact on the environment if correctly implemented.

Van Zyl claims that, with the development of second-generation technologies, the food-fuel debate becomes obsolete.

The CSIR’s Graham von Maltitz says, while there is much expectation around second- and third-generation biofuels taking over as feedstock, these techniques still have operational, socioeconomic and environmental challenges. Also, though these techniques may be appropriate to South Africa with its advanced engineering experience, they will be difficult to transfer to other African countries with less technical capability.

However, one of the key benefits of second-generation feedstock is that waste products and not food products are used for the biofuels production, he says.

While biofuels may be resurfacing on the local energy agenda, expert comments make it clear there is still much to be considered. Further investment in infrastructure and support services and research into their environmental implications and alternative, suitable agricultural crops are required.

Using crops from overproduction for biofuels makes sense (in many cases, this food would simply be discarded).  It is therefore possible for food production and biofuel production to co-exist.  Biofuels offer a transitional alternative to fossil fuels as biofuels can usually be used in current internal combustion engines with little or no modifications required.