New water technology such as this method of seawater desalination is vital for our continued existence on this planet. However, we must no forget about ‘old’ water tech, such as rainwater harvesting and rain water tanks.  Harvesting rainwater and storing this water in rain barrels or water tanks can ease the demand on other sources of water. 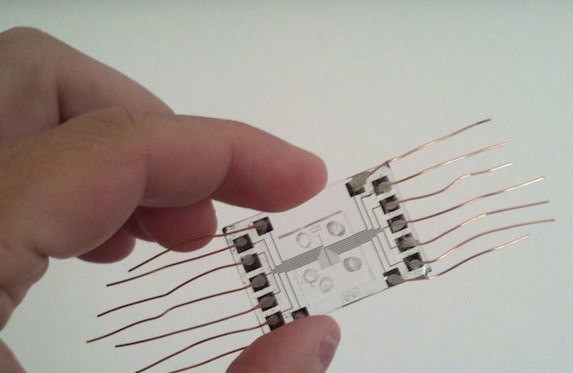 Drinking water is a vital need in many parts of the world, and one method of getting it is desalination, which is just taking the salt out of seawater. But the plants require either lots of energy or special filters — and both of those things are costly.

Now there’s a possible workaround: a system of tiny channels, built into a chip, that pulls the salt out of the water with little energy and no need for filter technologies that are difficult to make and maintain.

That would be a huge boon to areas where water is scarce, but seawater isn’t. The largest desalination plant is in Saudi Arabia, and some Caribbean islands depend on it. Both locales need a lot of energy to run the plants, though. The World Health Organization says about a billion people around the world have no access to safe water. Many of those people live in arid coastal regions in Africa and the Middle East.

Richard M. Crooks at the University of Texas at Austin and Ulrich Tallarek at the University of Marburg, Germany, developed the idea. They forced salty water down a channel that splits into two branches. Each of the smaller channels was about 22 microns wide. The two small channels were connected to an electrode that juts into the point where they branch.

Then they applied just 3 volts to the electrode. The voltage changes some of the chloride ions, which have negative charges, into neutral chlorine. This has the effect of increasing the electric field strength and making a gradient across the two channels. That gradient forces ions into one channel, while the fresh water flows down the other.

The whole system is cheaper than filters because it won’t get clogged, and it uses a lot less energy than current desalination systems.

The two scientists are developing the technology with a startup, Okeanos Technologies, and presented their work in the journal Angewandte Chemie.

Need a water tank? 11 Reasons to choose one made by JoJo Tanks
China: Water safety a major concern, groundwater polluted