Half of China’s tap water does not meet national standards

BEIJING: Half of China’s tap water does not meet national drinking water standards, but the problem is not so severe as to cause an immediate threat to human health, an official survey said. 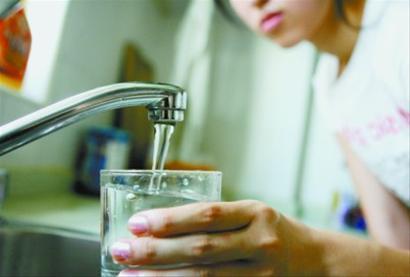 A survey of the country’s water quality conducted by the Ministry of Housing and Urban-Rural Development in 2009 showed that 50 per cent of tap water fails to meet standards for bacteria and heavy metals, Beijing-based Century Weekly magazine quoted officials as saying.

The quality of tap water has not improved since 2009, he said.

Zou Ji, a professor of the School of Environment and Natural Resources at Renmin University of China, told state-run Global Times that the public should be concerned about the quality of water in their taps.

“Tap water undergoes many different tests, and failing a single test will cause the water to be ‘disqualified,'” Zou said.

“Polluted drinking water can harm the upper respiratory tract and cause other ailments depending on what kind of pollutant it contains,” Zou said, adding that rural areas face a more serious problem as much of the water in villages is untreated.

The magazine report also said that tap water can be contaminated by outdated water treatment technologies.

Wang Hong, vice president of Elan Environmental Purification Technology, agreed that tap water may be contaminated as it travels from the treatment plant to people’s homes.

“It’s almost impossible that treated water would fail to meet standards, the pollution is caused during transportation since most of the pipes haven’t been maintained for a long time,” Wang said.

Zou said that some factories do not have the financial resources to update their equipment.

Wang said the new standard will greatly improve people’s quality of life and protect the interests of enterprises that specialise in water purification.

“We will see if the new standards are strictly followed by treatment plants and effectively supervised by local governments.

“I’m not that optimistic tap water will immediately meet the new standard, but it is moving toward this trend in bigger cities,” Zou said.

Water scarcity coupled with pollution of freshwater sources and then further contamination during and after treatment makes pure, drinking water very difficult to come by, not only in China but in many other parts of the world including South Africa.  In cities such as Beijing, even harvesting rainwater could be hazardous due to acid rain and other airborne pollutants contaminating the rain.  Rainwater from rainwater tanks should always be filtered if used for drinking water to remove possible impurities picked up on the roof or gutters.

Which Municipality in South Africa has the Best Water?
The Coming Global Water Crisis