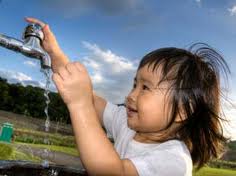 Minister of Water Resources Chen Lei said at a conference on water conservation that the central government will spend about 800 billion yuan, while the rest will be covered by local governments.

The money will be used to relieve droughts and floods, efficiently allocate water usage, protect water resources and establish a mechanism for the scientific development of water conservation, Chen said.

China invested 345.2 billion yuan in water conservation projects last year, about 19 percent of the total investment planned for the 2011-2015 period.

China has a very poor record when it comes to environmental protection and conservation issues.  This plan to invest in water conservation has probably not been borne out of choice but by absolutely necessity.  China’s water ways are heavily polluted and the huge population has placed pressure on water for decades.

South Africa, as well as many other nations are facing a water crisis too.  Water conservation should be a compulsory component of all new buildings and developments; water conservation systems and water tanks should be subsidised by the government (as occurs in many other countries).  The poor communities of South Africa suffer the most; an interim solution to crumbling or non-existent water services should be a government-funded scheme that provides plastic water tanks to households at a reduced cost.  These plastic water tanks could be serviced by water tankers and used to store rainwater until decent municipal services can be installed.  As service delivery protests continue to increase around South Africa (such as the current violent protests near Hazyview & White River in Mpumalanga), our government needs to act swiftly.