Record-Low Ice, Even in the Winter Arctic: is Global Warming the Cause?

The seasonal freezing of Arctic sea ice appears to have peaked — but at a record-low extent. 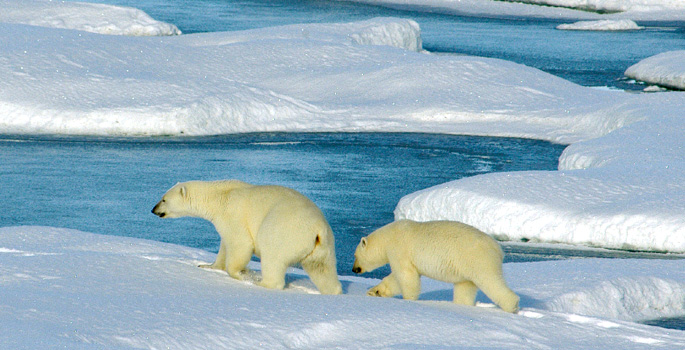 Every Summer, vast sheets of floating ice in the Arctic melt. And every Winter, those ice sheets re-form. But with climate change, fueled by greenhouse gas pollution, the annual cyclic has fallen out of balance. This summer, the ice left at the height of summer covered the third-lowest extent ever recorded. And this winter, the trend continued, with the maximum amount of ice for the season recorded March 7, at an extent that tied for a record-low with 2006.

Relative to an average year, there were 471,000 fewer square miles of ice. That’s almost twice the size of Texas.

Few have ever visited the Arctic, or ever will. The changes there are remote, and it may be difficult to get exorcised over the loss of ice in a remote part of the world, when the effect on our daily lives seems insignificant. But the loss of Arctic ice is one of the clearest signs of the dramatic changes to our planet that we’ve already set in motion through our reliance on burning fossil fuels for energy. Other changes — from increased drought in drought-prone areas of the world, including the Southwest U.S., to increased flooding damage from stronger storms — are more real-and-present dangers that cost lives and money close to home. Those close-to-home changes, however, tend to feel less-closely tied to the planetary changes underway.

Further, the changes to the Arctic are happening faster than scientists had predicted even a few years ago. Changes close to home could well be more pronounced, and present themselves earlier than expected, too.

The latest data point — one of many consistent indicators of the reality of global warming — arrives at a time when the U.S. Congress is particularly hostile to federal action to address climate change. Both houses have introduced legislation that would prevent Environmental Protection Agency plans to regulate carbon dioxide from major sources like power plants, and neither 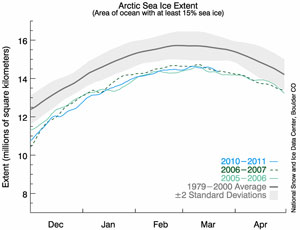 house appears to have the political will to pass laws aimed at curbing greenhouse gas pollution on a broader scale. Meanwhile, states and localities, which had led efforts to find solutions to global warming, are so cash-strapped that some have taken steps like raiding funds dedicated for energy efficiency improvements.

You can take actions individually, but being active finding solutions in your community, and by greening your lifestyle. You can always find a tip of the day at TheDailyGreen.com, and more extensive advice on a range of topics, from improving the efficiency of your home to reducing the environmental impact of your diet [see www.ecovitality.co.za for eco-health content].

Global warming and climate change are terms that are often used interchangeably and the critics are quick to point out the differences.  However, whatever terms are being used, the fact remains that our planet’s weather patterns have been unpredictable and extreme over the past decade; more so over the past few years.  The effect of climate change on Polar Bears has received much attention in the press but other, smaller, less impressive but  often just as important species are going extinct at an alarming rate.  It has been suggested that Polar Bears could be saved by moving them to Antarctica but this is not the solution.  The polar regions are the last frontiers that also potentially hold reserves of coal, natural gas and oil.  Hopefully international treaties in the Antarctic will prevent mining operations by energy-hungry nations.

The Future is Prefab Eco-Friendly Houses
What’s the Link between the World’s Population and Nuclear Energy?