By admin on December 29, 2010 in water crisis, water scarcity 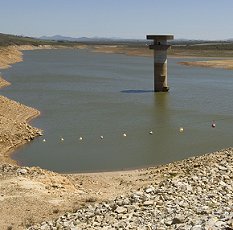 The government’s handling of the national water crisis was its most serious blunder in 2010, trade union Solidarity said.

“In a country afflicted by a scarcity of water, a fast-growing population and aging infrastructure, our water predicament has now become a ticking time bomb,” union spokesperson Ilze Nieuwoudt said, listing the government’s top 10 blunders of 2010.

“Damage control of the harm already inflicted on the country’s scarce water resources will demand the most dedicated action in 2011.”

According to the government’s Green Drop report for 2009, only 32 of the 449 plants tested managed Green Drop status. (Only 449 of the country’s 852 plants were tested.)

“This means that millions of litres of insufficiently purified water daily find its way into our rivers,” Nieuwoudt said.

“Extensive and permanent damage has already been done and the prevention of further damage will require an all-out effort.”

Nieuwoudt said the government had “blundered” in various other aspects, “causing permanent harm in many instances”.

“The water crisis, misappropriation of funds, efforts to gag the media and the ongoing fiascos at semi-government institutions caused extreme alarm in 2010,” she said.

The government’s top ten blunders according to Solidarity are:

2. The hosting of the R69 million 17th World Youth Festival by the National Youth Development Agency.

3. The misappropriation of state funds.

4. Potholes on the roads.

5. Calls for a media tribunal.

6. Low morale in the defence force.

8. The failure to create sufficient jobs.

It is not surprising that the water crisis has been listed at pole position; the other ‘blunders’ pale in significance compared to the prospect of our water resources being further mismanaged.  A population without access to clean drinking water cannot develop; as the water crisis deepens, civil unrest is likely.  Fortunately, individuals do not have to be solely dependent on government water services.  Rainwater collection and grey water recycling systems can help households to attain a degree of water self-sufficiency.  Rainwater harvesting also allows one to be in total control of water quality.