By admin on December 5, 2010 in environmental issues, sustainable agriculture 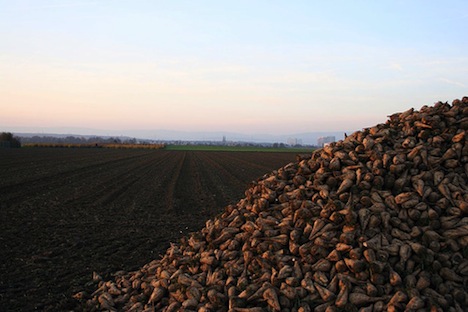 Everyone’s favorite uber-controversial, genetically modifying food corporation is in the news again, and this time, it’s because a federal judge has ordered the destruction of a prominent Monsanto crop. A ruling a few months ago found that the USDA didn’t conduct an extensive environmental review of Monsanto’s “Roundup Ready” biotech sugar beets, and that the agency’s approval of the crop was therefore illegal. Now, in what appears to be the first such decision of its kind, the judge has ordered that existing Monsanto sugar beet crops be destroyed outright.

U.S. District Court Judge Jeffrey White in August banned the planting and sales of Monsanto’s “Roundup Ready” biotech sugar beets after determining that their approval in 2005 by the USDA was illegal. He said the government must conduct a thorough environmental review before approving the crop to comply with the law.But shortly after the ruling, the USDA issued permits allowing companies to plant seedlings to produce seed for future GMO sugar beet crops. In his ruling Tuesday Judge White said those seedlings “shall be removed from the ground.”

The USDA appeared to have ignore Judge White’s decision, and had “basically dared the court to stop them.”

The consumer group Earthjustice, which had brought the Monsanto case to court in the first place, is calling the decision “the first court-ordered destruction of a GMO crop.” Here’s Earthjustice attorney Paul Achitoff: “We had to run into court and ask the judge to stop them. He said you’ve got to tear up the plants, which was what we asked him to do. It’s an extreme sort of a thing … but the circumstances were such that there really wasn’t any alternative.”

The judge’s initial decision hinged on the potential environmental destruction caused by the planting of crops that were genetically engineered to be resistant to the herbicide Roundup — that such crops increase the use of such herbicides, causing unknown ecological impacts. According to Reuters, there were also concerns that the crop causes the “proliferation of herbicide resistant weeds, and contamination of conventional and organic crops.”

Genetically modified crops are highly controversial.  However, it should be remembered that man has been ‘genetically modifying’ various food crops for centuries through selective breeding.  GM has its place, especially where water-efficient crops are developed.  Monopolies such as Monsanto have too much control; the driving force for its biotech being financial gain.