By admin on November 23, 2010 in environmental footprint, green building 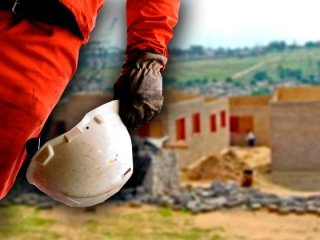 Building materials company Lafarge said on Thursday that a strong focus was needed on sustainable construction to supply the additional two-billion people that would be in need of housing and infrastructure by 2025.

Speaking at a sustainable construction round table in Johannesburg, Lafarge South Africa CEO Thierry Legrand said that business needed to shift to “greener” ways of construction to support the needs of growing emerging markets.

Concrete is the most common construction material, with cement being its main ingredient. However, in cement manufacturing, carbon dioxide is emitted as a result of fuel combustion and calcinations of raw materials, making cement manufacturing responsible for about 7% to 8% of global emissions.

Lafarge managed to reduce its emissions from 800 kg/t in 2005 to 650 kg/t currently in South Africa, through a number of advancements such as adding cementious products, turning to modern technologies, and “mastering” the process of producing the appropriate combination product for specific applications.

Legrand said that the reduction of the company’s carbon footprint was an ongoing process, noting that the use of alternative fuels in the combustion process was one way to reduce its footprint in South Africa.

The global group has successfully implemented the substitution of coal-fired combustion with that of other solvents around the world. Lafarge South Africa quality manager Dr Reinhold Ambtbüchler said that anything from biomass to tyres had been used in this process.

The burning of tyres might sound hazardous as it was usually associated with the release of heavy metals and the production of dioxins, but Ambtbüchler said that tyres were safe to burn in cement kilns that heat up to around 1 450 °C and destroy harmful by-products.

Legrand stated that while the manufacturing of materials and construction had a significant environmental footprint, it was also important to cut energy usage in buildings.

“We have to start building our houses more energy consciously and South Africa still has a long way to go in this regard, especially relating to the insulation of buildings.”

Legrand said that Lafarge hoped to drive sustainable construction in the area of social housing developments in South Africa. The global group is currently involved in a “green” social housing project in one of China’s largest cities with more than 35-million people.

“Lafarge is able to incorporate these expertise in the South African market, and can offer the social housing market good quality building and speed of delivery.

“While the company has already delivered on a number of social construction projects, we realise that there is great potential in this area and would like to further expand into the market.”

Lafarge believed that government spending on infrastructure programmes would again pick up by the second half of 2011.

The South African government had committed to spending over R800-billion on infrastructure development over the next three years.

Building houses for the expected 2-billion extra people in 15 years time is a frightening prospect from an environmental point of view.  South Africa’s latest population statistics indicate that the pressure on natural resources is a major challenge; water and energy supply being critical.  Sustainable building practices that use incorporate water saving systems, rainwater collection devices and renewable energy such as solar energy, are part of the solution.