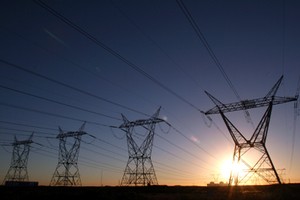 South African power utility Eskom calculates that South Africa’s electricity shortfall could peak in 2012 at 9 TWh, the equivalent of 1 000 MW, having confirmed that the first Medupi unit will only be fully introduced into the system by the end of that year.

CEO Brian Dames said that it was, therefore, urgent to finalise a “country plan” at the National Economic Development and Labour Council to find ways of closing that gap so as to avoid the prospect of blackouts.

Remedies lay in upscaling demand-side management programmes, the accelerated deployment of solar geysers and the introduction of cogeneration and own generation, as well as the first renewable energy feed-in tariff-aligned projects.

It could then fall to zero in 2016 and 2017, before rising again, unless decisions were made in the coming months about the provision of the next base-load capacity.

Dames said that the decline in the shortfall from 2013 could be attributed to the introduction of the 4 764-MW Medupi and the 4 800-MW Kusile power stations, and confirmed that the funding plan had been finalised to enable the completion of Kusile, whose first unit would be introduced from 2015.

Details of the funding plan would be announced soon, probably by government, and Eskom was moving ahead with its procurement of the outstanding components for the completions of the coal-fired plant, which is being built in Mpumalanga province.

However, he said that the shortfall was expected to rise strongly from 2017, unless decisions were made on the next base-load power stations “after Kusile”.

That decision would be premised on the integrated resource plan, or IRP2010, which was currently out for public comment and which was now only likely to be finalised in early 2011.

Dames said that Eskom “fully intended to grow” and would be looking to add additional capacity beyond Kusile, probably “in partnership” with others.

He also made it clear that Eskom had “earmarked nuclear as the next expansion phase” for the utility.

“It needs to be done in a responsible manner . . . and needs to be done, I believe, in partnership,” Dames said, adding that, if that capacity was required before the 2023 date outlined in the draft IRP2010, “somebody has to decide now, who’s going to do it, and where it will be built”.

“We now have to engage with government as to the process for the decision making . . . the role Eskom will play, and when we are going to start.”

Unlike the past major Eskom blackouts, we are being given ample warning that there will be electricity shortfalls in the coming years.  Small businesses and homeowners need to protect themselves from the coming energy crisis.  As we have seen in the past, big business and parastatals will be looked after first when there is an electricity shortage.  Solar energy is the ideal renewable, clean energy resource suited to South African conditions.  Solar panels (photovoltaics) and solar water heating systems can reduce household Eskom dependence drastically (replacing an electric geyser with a solar geyser can reduce household electricity costs by as much as 50%).  With attractive Eskom renewable energy rebates currently in place, now is the time to invest in a solar energy system before the predicted energy shortfalls hit us.