Power utility Eskom would now represent South Africa on the International Energy Agency’s (IEA’s) Clean Coal Centre, which is a subsidiary of the Organisation for Economic Cooperation and Development (OECD).

Eskom signed a contracting partnership with the IEA, which upgraded Eskom’s existing sponsor membership to the organisation, to that of national contracting party status. 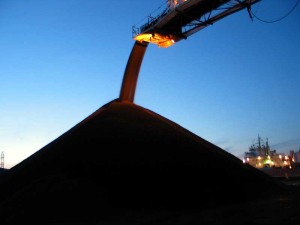 In effect, the information produced by the IEA would be available to a wider audience, and could, for example be used by the Department of Energy. Thus more organisations could gain access to and benefit from the clean coal research work performed by the centre.

To fulfill its duties as a member, Eskom would facilitate two feedback sessions a year for academic, research and government institutions in which the IEA clean coal centre materials would be disseminated.

The IEA clean coal centre is funded by member countries and industry partners, and provides information on the sustainable use of coal. Its products include in-depth analytical reports and an on-line database of coal information.

“This agreement will further strengthen our main objective on climate change, which is to reduce our reliance on coal for electricity from the current 88% to 70% by 2025,” said Eskom Corporate Services divisional executive Dr Steve Lennon.

“Through the Eskom research and innovation centre, we are working intensively on several cleaner coal alternatives such as underground coal gasification, carbon capture, storage and biomass co-firing. In addition, we will continue to seek ways to improve existing and future power station efficiencies,” Lennon added.

‘Clean’ coal is a term that tends to imply clean energy.  Whichever way coal is used to generate power, it’ll still be ‘dirty’, non-renewable fuel.  However, South Africa is a long way from weaning off it’s coal-fired power stations so any effort to improve efficiency and minimize emissions is welcomed.  Individuals and businesses can be proactive; huge amounts of energy would be saved (and hence less carbon emissions) if solar energy became more widespread. Solar water heaters essentially provide free hot water and thus reduce electricity bills substantially.  Water Rhapsody has integrated  with Yes Solar to provide a holistic service that includes rainwater harvesting, grey water recycling, water tanks, solar geysers, solar panels and even domestic wind turbines (coming soon!).  We are based in Mpumalanga (White River/Nelspruit) and cover Limpopo Province as well as the rest of southern Africa.  Contact us for a free, no obligations quote!