Underground “ocean” discovered beneath us 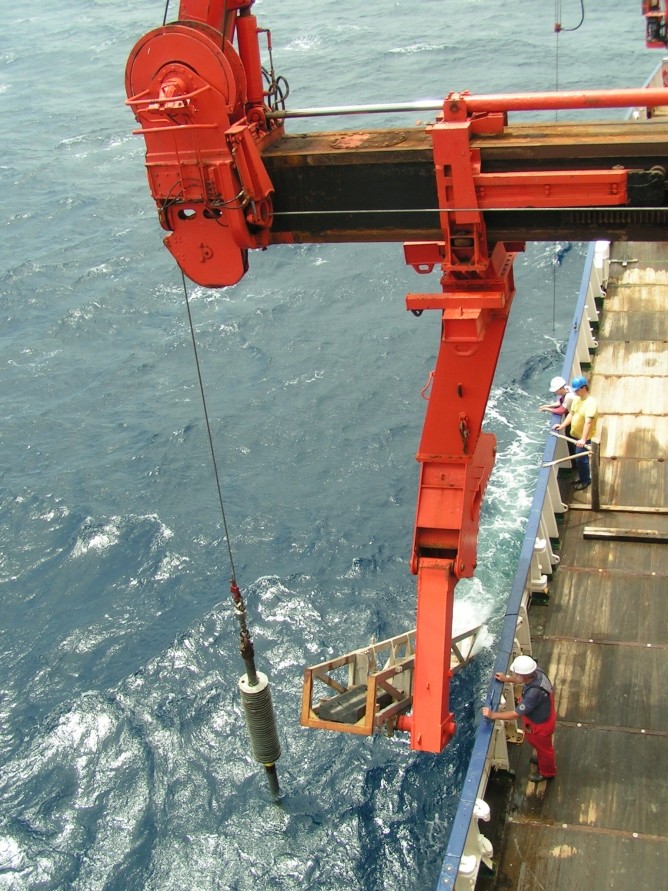 Across the edges of the Indian Ocean, the amount of rainfall differs greatly. If it rains particularly hard in the Sumatran rain forest, the already arid region of East Africa is onset with drought. Researchers have found that this cyclic, bipolar climate phenomenon has likely been around for 10,000 years. The pilot study sheds light on the climate system of a region whose rainfall patterns have a major impact on global climate.

The tropics play a critical role in the global climate system,  in part because they are the origin of weather extremes such as El Niño and the monsoon. One of the most important regions, in this case, is the Indo-Pacific region in Southeast Asia. It is the largest source of atmospheric water vapor as well as  receiving  the greatest amount of rainfall on Earth. A team of researchers has now explored precipitation changes off the coast of western Indonesia during the last 24,000 years with the aim to better understand patterns and dynamics of local precipitation.

Climate phenomenon in the Indian Ocean has been around for 10,000 years

According to the researchers, it is likely that the so called, “Indian Ocean Dipole,” has been a recurrent feature of the regional climate system for the past 10,000 years. At present, this seasonal event occurs about every five to seven years. Among other things, it includes anomalous precipitation patterns in the eastern and western edges of the Indian Ocean, which are linked. The precipitation dipole is such that higher rainfall on the west coast of Indonesia corresponds to less rainfall in East Africa, and vice versa. The new study, which looked at 30-year averages of rainfall amounts, revealed that a similar pattern has persisted for the past 10,000 years. “Such insights into the past may help to separate natural from ‘man-made’ oscillations of rainfall which is particularly important in view of ongoing climate change,” says the lead author of the study, Dr. Eva Niedermeyer, LOEWE Biodiversity and Climate Research Centre (BiK-F).

Proof of past climatic conditions found in terrestrial plant waxes

Niedermeyer and her colleagues worked on a marine sediment core which was  collected off the coast of western Sumatra at a depth of 481 meters. They studied terrestrial plant waxes, a layer on the plant’s surface protecting against dehydration and microbial attack, which are preserved in the sediment. It is possible to reconstruct past precipitation changes by measuring the stable hydrogen isotopic composition in terrestrial plant waxes because rainfall is the primary source of hydrogen stored in plant material. The method thus extends the comparatively short temporal coverage of directly measured climate data to times long past.

In the long term, changes in sea level were of minor importance to rainfall patterns in north western Sumatra

With the end of the last Ice Age came rising temperatures and melting polar ice sheets, which were accompanied by an increase in rainfall around Indonesia and many other regions of the world.. In contrast, the plant wax record from the study site in north western Sumatra reveals similarly high amounts of rainfall during both the Last Glacial Maximum and the Holocene.  The amount of rainfall during the past 24,000 years seems to be linked to the level of exposure of the Sunda Shelf and in particular to the specific topography of the western edge of the region, rather than to changes in deglacial climate boundary conditions alone. “This is quite unexpected. Based on previous studies it was assumed that the entire region was much drier during the Last Glacial Maximum compared to present conditions,“ Niedermeyer concludes.

Pilot study focusing on a region vulnerable to climate change

Although the study highlights that long term changes in rainfall intensity are not always ’man-made,’ it does not necessarily mean that today’s weather anomalies across the Indian Ocean rim countries and, in particular, their frequency, are not subject to human influence. The Indian Ocean region is home to a growing population, and possible adverse future climate conditions might spur political conflicts. The pilot study is a step towards detailed investigations that may be carried out in the future in this area. An enhanced understanding of the climatic phenomena, and their underlying mechanisms in this area, helps to increase the resolution of climate projections.

The above story is based on materials provided by Senckenberg Research Institute and Natural History Museum. Note: Materials may be edited for content and length.