Five breakthroughs that will make solar power cheaper than coal

Why Buy and Use Bamboo Products? 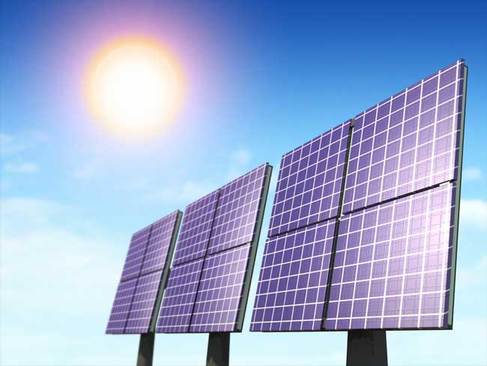 There was some good news last week. While Washington was busy holding the global markets hostage and placing billions in badly needed R&D funding on the chopping block, a new report from REN21 (the Renewable Energy Network for the 21st Century) showed that global investments in renewable energy jumped 32 percent to a record $211 billion, this despite a downturn in the economy and massive R&D cuts in clean energy.
It’s a little reassuring that progress marches forward, despite our nation’s best efforts to stop it. Solar in particular appears to be growing in leaps and bounds due in large part to a 60 percent drop in price per kW (kilowatt) production in just the past three years. In many regions solar power is getting competitive with coal power, and its price will continue to drop with the onset of a many new advancements in solar technology.
I’ve been keeping abreast of the latest solar developments happening at MIT, and over the past few months scientists appear to be having one breakthrough after another. Below I’ve listed five of the most impressive — taken together, these could mean nearly infinite solar energy, stored easily and safely at a fraction of the cost of burning coal:
1. Nano-templated molecules that store energy
MIT associate professor Jeffrey Grossman and others successfully created a new molecule called azobenzene using carbon nanotubes to structure the molecules so that they “lock in” stored solar thermal energy indefinitely. These molecules have the remarkable ability to convert solar energy and store it an energy density comparable to lithium ion batteries. As Grossman says, “You’ve got a material that both converts and stores energy. It’s robust, it doesn’t degrade, and it’s cheap.”
2. Print solar cells on anything
An MIT team led by professor Karen Gleason has discovered a way to print a solar cell on just about anything, using low temperatures and vapor as opposed to liquid solutions that are expensive, require high temperatures and degrade the substrate materials. The resulting printed paper cell is also extremely durable and can be folded and unfolded more than 1,000 times with no loss in performance.

Photo by Patrick Gillooly, Courtesy of MIT
3. Solar thermal power in a flat panel
Professor Gang Chen has been working on a revolutionary new way to make solar power — micro solar thermal — which could theoretically produce electricity at 8 times the efficiency of the word’s best solar panel. Solar thermal usually requires huge arrays of mirrors that heat up an element to run a steam turbine. Chen’s system, which is about the size and shape of a typical solar PV panel, uses nanostructured thermoelectric generators that capture the heat differential created by the sun’s light striking the top of the panel. Because it is a thermal process, the panels can heat up from ambient light even on an overcast day, and these panels can be made from very inexpensive materials.
4. A virus to improve nano-solar cell efficiency
MIT graduate students recently engineered a virus called M13 (which normally attacks bacteria) that works to precisely space apart carbon nanotubes so they can be used to effectively convert solar energy. The virus acts, in a sense, as a tiny machining tool to pattern the nanotubes properly creating a jump for 8 percent efficiency to about 10.6 percent efficiency — a jump of nearly one-third.
5. Transparent solar cell could turn windows into power plants
The world’s cities are packed with miles and miles of glass. What if all that glass could be used to harness the sun’s rays while maintaining their transparency? This idea has been out there for a while, but current attempts have resulted in terrible efficiencies (less than 1 percent) and tend to block too much light, rendering the window useless. Electrical engineering professor Vladimir Bulovic has made a breakthrough that could eliminate two-thirds of the costs of installing thin-film technology by incorporating a layer of new transparent organic PV cells into the window glazing. The MIT team believes it can reach a whopping 12 percent efficiency at hugely reduced costs over thin film solar cells.
This is the stuff that Star Trek is made of, and it’s too bad our elected leaders see no value in spurring the next generation of energy tecnology rather than preserving tax cuts for oil and coal companies that are making record profits. Oh well.