In a major setback for the oil and gas industry, the French Senate last week voted 176 to 151 to ban hydraulic fracturing (a.k.a. fracking), the controversial gas industry drilling method facing scrutiny the world over due to water contamination and other concerns. Once the legislation receives presidential approval, France will be the first country to permanently outlaw fracking. 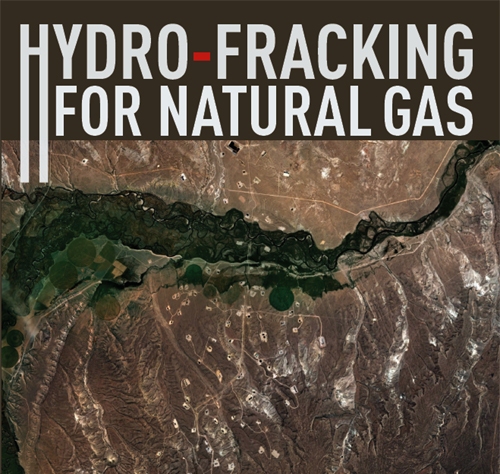 The ban on fracking is a major victory for the French public, wary of the health, safety and water contamination impacts that unconventional gas drilling would have on communities. Still, with up to five billion cubic metres of unconventional gas spread across southern France, the drilling drama is likely far from settled.
The majority of the Senators voting in favour of the ban on Thursday come from President Nicholas Sarkozy’s ruling UMP party. On the other side, many of the Senators voting against the law, which passed a similar lower house vote in May, decry it for not going far enough.

The legislation to ban fracking was originally intended to cover all forms of unconventional gas drilling, but that effort was seen by many UMP parliamentarians as too restrictive.

The French ban means that companies granted drilling permits last March will have two months to prove that they are not using fracking techniques. U.S. gas company Scheupbach Energy received two licenses and France’s Total was given the other. Their permits will be revoked if they wish to frack, and they could face fines and prison sentences for any fracking attempts.

Opponents of the law continue to voice concerns that only a blanket ban on all forms of unconventional drilling will truly protect public health, water supplies and the environment. These parliamentarians claim that gas companies could theoretically continue to frack wells due to provisions allowing for ‘drilling for scientific research purposes.’ Ecologist senator Jean Desessard, like many opposition politicians, also feels that the fracking-specific ban means that those eager to drill will change the name of their gas extraction technique, or use another drilling method which might prove equally if not more damaging.

This is a real concern since the text of the law does not properly define fracking. Although a challenge has already been prepared, for now, opposition parliamentarians will not appeal to the Constitutional Court for a ruling on the matter.

From the gas industry’s perspective, the law is a major setback. The Union Francaise des Industries Petrolieres, which represents Total and other oil and gas interests, suggests that “the law will prevent an evaluation of shale hydrocarbon resources and their impact on the French economy.” There is also some concern that drillers could challenge the law in court. Last month, French Environment Minister Nathalie Kosciusko-Morizet said that a challenge of some sort was likely. However, during the Senate debate, she said “financial and legal risks have been limited.”

The rest of the world must now follow suit.  However, if ‘fracking’ is not properly and extensively defined, mining companies will find loopholes to continue using environmentally destructive, water-contaminating methods to extract natural gas.