The Supermoon is Here! 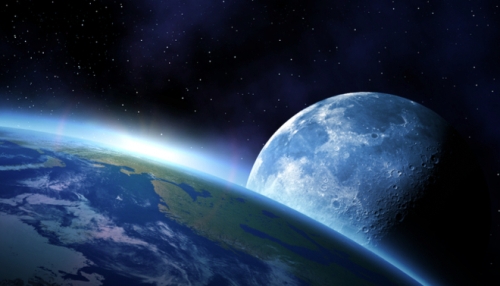 Got plans for this weekend? If you find yourself anywhere with a clear sky, make sure you have a look up at some point to witness the largest moon in almost two decades starring back at you.

On Saturday (today!), the moon will will be just 356,577 kilometers from the Earth, its closest in 18 years. Astronomers say an event like this has happened 15 times in the last 400 years. From Yahoo! Canada:

Supermoon’ happens when the moon is marginally nearer to Earth in its orbit than normally, and this effect is most remarkable when it happens simultaneously with the full moon. It is given the name Supermoon since the actual alignment is very distinct and as a result, one might think it would have some effect.  The “super” in the expression supermoon, is actually just reference to the fact that it only gives the impression of it being nearer, but in reality there is no difference.

Scientists dismiss that a moon of this nature is linked to anything with the disaster in Japan. “Even though the moon affects the Earth’s tides, it cannot spark great earthquakes,” said NASA scientist Jim Garvin.

Speaking of tides, the Irish Water Safety organization issued a warning to the public today saying that “Supermoon” tides might increase the risk of people becoming stranded.

“This has the effect of causing very high and low tides, or increasing the range of the tide,” the news release says. “This will expose large areas of beach and rocks which we normally don’t see. Many people enjoy walking on our beaches and exploring these new areas of beach and in particular people enjoy picking shellfish to eat which become exposed during these very low tides.”

Officials recommend carrying a cell phone just in case you run into any problems. The next supermoon is scheduled for November 14, 2016.