16 Tips for Wildlife Gardening with Kids

Just a handful of nations are leading the way in the development of green energy and environmental technologies. 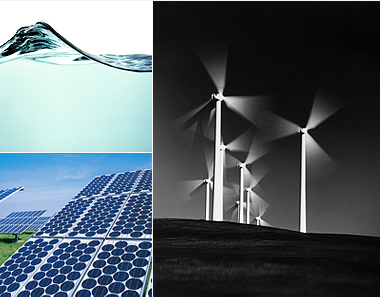 Where are advances being made in clean energy technology? Judging by patent awards, only in a very small number of countries.

Twelve countries accounted for nearly 90% of cleantech inventions between 2000 and 2005, according to an analysis of the E.U.’s World Patent Statistical Database conducted by the economists Matthieu Glachant and Antoine Dechezleprêtre. Of those 12 countries, just three accounted for 60% of patent awards: Japan, the United States and Germany.

Japan, the world’s most energy-efficient country, is far and away the leader in cleantech innovation, accounting for 37.1% of the inventions in the fields of clean energy and environmental technologies awarded protection under patent laws from 2000 to 2005 according to the study, which is the most comprehensive assessment to date of global standings in cleantech innovation.

A major impetus in Japan has been the government’s Top Runner program, established in 1999, which constantly ratchets up energy-efficiency standards: Whenever a manufacturer makes a breakthrough to a new low in power usage with a refrigerator or television, the government makes that model’s level of efficiency the new baseline for the product category. Japan is setting the bar globally for the full spectrum of applications and industries in clean technology, including microgrid technologies, “zero emission” buildings and nuclear energy, where the government is funding the development of “fast breeder” reactors that produce more fuel than they consume.

However, Japan’s dominance isn’t as complete as the raw patent count indicates. Japanese companies tend not to export their technology at as high a rate as other leading industrialized nations. It ranks eighth in the world in the percentage of inventions for which patents are taken out in more than one country, according to Glachant, an economics professor at France’s Ecole des Mines, and Dechezleprêtre, a researcher at the London School of Economics. And by a measure of the value of inventions, Japan falls to second behind Germany.

The disparity may be partly due to the domination of the Japanese economy by big companies. Corporate giants like Panasonic, Toyota and Hitachi are more likely to pursue defensive intellectual property strategies that involve taking out multiple, overlapping patents to create a “thicket” around technologies to lock out competitors, inflating the overall patent count. This is especially true of companies with a strong record of making incremental improvements in a product or process.

Unlike Europe and the U.S., Japan hasn’t fostered a welcoming environment for startups and entrepreneurs, according to the Global Entrepreneurship Monitor, a joint venture between the London Business School and Babson College. The latest GEM global report gives Japan the lowest score for entrepreneurship of any big country.

Germany, which ranks third in the patents table with 10% of cleantech patents from 2000 to 2005, boasts a roster of multinationals arguably as impressive as Japan’s. Unlike Japan, Germany has incubated a growing stable of startups over the past decade, one of the most successful of which has been Q-Cells. Founded in 1999, Q-Cells has become one of the world’s largest manufacturers of silicon solar cells.

Another promising German startup is O-Flexx Technologies, which is developing thermoelectric modules to convert heat in the exhaust from power plants and car and train engines into electricity.

While Germany may have an edge on Japan in the entrepreneurial arena, cleantech companies in both countries have enjoyed far more government support than their counterparts in the U.S., which ranks second for the period studied with 11.8% of the world’s cleantech inventions. In the U.S., venture capital has funded cleantech startup companies more aggressively than the federal government until relatively recently. But even venture capitalists say their funding isn’t enough.

Facing potentially catastrophic energy and environmental problems in the near future, China has accelerated efforts to ensure the country’s energy security, while at the same time reducing pollution and carbon emissions. In 2008 China invested roughly $11 billion in renewable energy, then tripled this investment to $33.7 billion in 2009, according to the Center for American Progress. China ranks fourth in the global patent count with 8.1% of the world’s inventions from 2000 to 2005.

In the U.S. the credit crisis has led to more federal support for cleantech through the government’s economic stimulus program, which has funneled billions into wind farms and other alternative energy projects. Under the leadership of Nobel laureate Steven Chu, the Energy Department has sought to spark interdisciplinary research, funding regional innovation hubs focused on specific challenges. In May it established a next-generation nuclear reactor hub at Oak Ridge National Laboratory in Tennessee. In July the California Institute of Technology won a second hub award to develop fuels from sunlight. In August Penn State received $122 million to establish an energy-efficient building technologies hub at the sprawling Philadelphia Navy Yard, which operates an independent electric microgrid as a “virtual municipality.”

One cleantech area where the U.S. is a clear leader is carbon capture and storage. The U.S. accounts for nearly 70% of all CCS patents worldwide, according to London-based think-tank Chatham House. The private energy sector has been the driver–ExxonMobil by far owns the largest share of CCS patents.

Developing countries often do not have the expertise, resources and political focus to embark on national cleantech programmes.  The public needs to lead the way and in South Africa, green technologies that involve water conservation and renewable energy (such as solar energy) should be embraced.