Yes, the day is not far off when reaching for sky is the new motto for generating cost-effective renewable energy. Initially it was considered to be technically non-viable to tap high-altitude winds. But today, technically-advanced materials and innovative computer know-how are giving new life to this scheme with innovative autonomous aerial structures using wind energy to generate power. 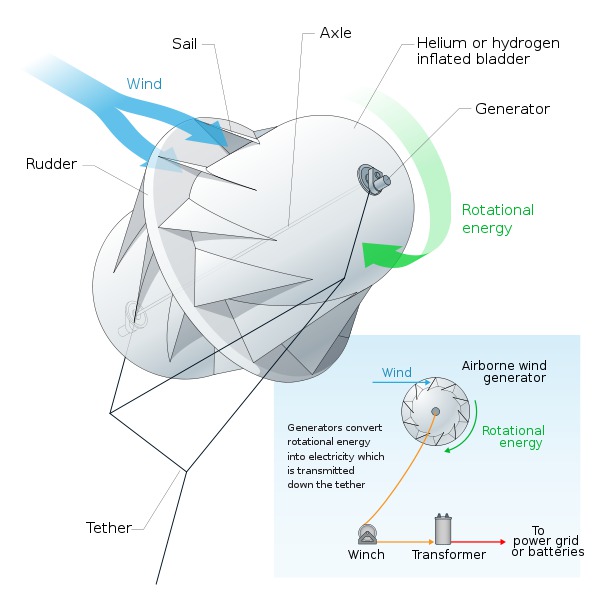 Joby Energy, Inc. model:
Joby Energy Inc., exploring wind turbine technology, has developed a computer-controlled multi-winged kite-like structure which floats around 2000ft height for generating power. Mr Bevirt is the inventor of this aerial kite. The DC power generated is transferred to ground through tether to a ground station to be converted to AC power ready for consumption via a power grid.

Mega source up above:
Actually statistics is strongly in favor of these air-borne wind turbines because globally tropospheric winds carry nearly carry potential to produce 870 terawatts of energy whereas our total demand put together is only 17 terawatts. Along with Joby Energy Inc., other companies like Kitegen focusing on power kites, Magenn Power’s Air Rotor System called (MARS) with a helium filled blimp design and Sky WindPower with flying electric generators are trying to tap this mega source to produce clean and cost effective power.

Tread with care:
US Federal Aviation Administration has asked the flying altitudes restricted to 2000 ft or less in spite of the potential to reach heights up to 35,000. Also Professor Mick Womersely, Director of Sustainability, Unity College, Maine, expressed the obvious concerns about possible hazards and reliability of these prototypes.

Reassurance about safety:
Mr. Bevrit confirmed about the safety measures like ability to ground the turbines in gale-force-type winds, multiple motor designs to circumvent motor failure and on-board stand-by batteries to land the system in case of tether malfunction. He assured that road-testing in sparsely-populated areas with good strong wind is being planned and all safety measures will be paid attention to.

Joby Energy’s aim:
Joby Energy aims to create enough systems to power 150 homes (about 300kW) and move on to larger systems producing 3MW or more. In Mr. Bevirt’s words, “Our goal is to deploy airborne wind turbines globally to produce cheap, consistent, and abundant electricity for a prosperous planet.” 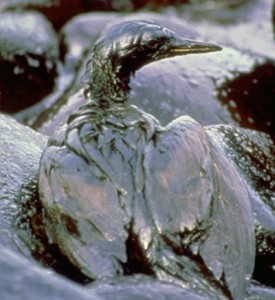 Apart from the possibility of collisions with aircraft and birds, this design does seem to have many adv antages over conventional wind turbines.  Ground-based wind turbines take up land space, are often noisy, are aesthetically abhorrent to some and can be limited by variable surface winds. Innovations such as these are what is required in order for us to eventually switch to sustainable, green sources of energy. When one considers the wastage and environmental devastation of the oil spill in the Gulf of Mexico, one can only hope that fossil fuels will become an outdated, unpopular energy source before it’s too late.  Unfortunately, conspiracy theories aside, the millions of people, corporations and governments with a vested interest in fossil fuels will do their utmost to suppress competing sources of green energy.