Want to Save Energy? We Need to Save Water Too!

Many towns in South Africa starting to run short of water

Mumbai – Millions of people in western India are suffering their worst drought in more than four decades, with critics blaming official ineptitude and corruption for exacerbating the natural water shortage. 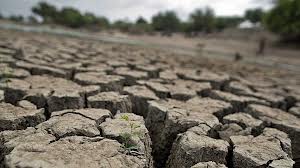 Central areas of Maharashtra state, of which Mumbai is the capital, are facing a water shortage worse than the severe drought in 1972, said the state’s chief minister Prithviraj Chavan.

Chavan blamed the crisis on two successive poor monsoons, although others say a public policy failure is also responsible.

Nearly 2 000 water tanker trucks are being used to transport drinking water to the needy, while hundreds of cattle camps have been set up to keep livestock alive until the monsoon, which usually arrives in June.

“With every passing day, the water tankers have to travel a greater distance. It’s a huge logistical issue,” Chavan said.

The chief minister’s office could not put an exact figure on the population in the 10000 villages affected, but said it ran into millions.

Christopher Moses runs a charitable hospital in Jalna, one of the worst-affected districts. He said many people had lost their livelihoods as companies shut down and farmers’ crops wither.

“This is a famine. Villagers have nothing to eat, they are scraping literally the bottom of their pot,” Moses said by telephone from Jalna.

He said the water crisis may force him to shut down parts of his Jalna Mission Hospital for the first time in its 117-year history. It has not yet seen any emergency water supplies from the government.

With nearly three-quarters of Indians dependent on rural incomes, the annual monsoon is a lifeline – especially given that about two-thirds of farmland is not irrigated and depends entirely on rain.

The 1972 drought led to a massive shortage of food grains and prices of all commodities rocketed, forcing India’s government to increase imports, while another widespread drought in 2009 also inflated prices and hardship.

While last year’s monsoon picked up late in western parts of India, low rainfall in the crucial month of June led to water deficiency throughout the season, according to Medha Khole at the India Meteorological Department.

Chavan warned there would a “very serious problem” if the rains fail this year.

An alleged irrigation scam has been blamed for worsening Maharashtra’s crisis, with politicians and bureaucrats accused of wasting vast public funds on unfinished projects in the state through corruption and nepotism.

Maharashtra’s proportion of irrigated land grew by just 0.1 percentage points between 2000 and 2010, an official economic survey said, despite billions of dollars being spent on it.

A controversial government white paper has disputed the statistics and Chavan declined to comment on graft allegations involving other ministers because the courts are investigating.

He acknowledged that the government “could have planned better” on irrigation schemes and was now trying to complete projects meant for agriculture to provide drinking water in deficient areas.

Professor HM Desarda, an economist in the drought-hit region, said corruption was a “very significant part of the problem”, but a lack of understanding of how best to harvest rainwater was also to blame.

He believes better water management is needed and a shift of focus from expensive projects, such as giant dams, to smaller and more efficient community-level methods for storing water.

Regulations on groundwater extraction, which is exacerbating the water scarcity, also need to be more stringently enforced.

Unfortunately, other factors such as corruption and gross mismanagement of water resources are often to blame for water crises, even when rainfall is normal (South Africa and Zimbabwe both have such issues).  The growing population in many developing countries also puts extreme pressure of old water infrastructure and when a natural disaster strikes ( like droughts and floods), water shortages are a certainty.  Rainwater harvesting can help businesses and homeowners reduce their reliance on municipal water supplies.  Depending on roof area and space for placing water tanks, sometimes it is possible to become totally water self-sufficient, especially when other water conservation systems such as grey water recycling are implemented.  Click on the links below to view the wide range of jojo water tanks, jojo rainwater tanks, jojo tank stands and other JoJo Tanks products available in South Africa.