How planting trees can prevent violence in Africa’s drylands

With EU-backed forces advancing across Mali, the need for European and other donors to accelerate the development process in Africa’s poorest regions appears ever more pressing. 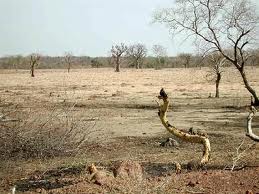 “Agroforestry is the future of agriculture in the drylands and sub-humid regions”, Dr Chris Reij of the World Resource Institute told a conference of EU officials in the European Parliament on Tuesday, 29 January.

United Nations Drylands Ambassador Dennis Garrity said that the planting of trees such as gao, an indigenous form of acacia, had “improved the region’s ability to cope with drought shocks”, contributing towards more political stability over the past 20 to 30 years. But now the need for resilient measures was becoming increasingly urgent as the drylands struggled to cope with climate change, he added.

At a donor conference in Addis Ababa, Ethiopia, on Tuesday, the EU pledged €50 million to support an African-led peace operation in Mali on top of earlier commitments of humanitarian and development assistance.

While humanitarian crises in the sub-Saharan regions are often linked to ethnic and religious tensions, Garrity said the principle causes were droughts, food insecurity, and poverty.

“The pattern for terrorism overlaps perfectly with the drylands. These regions are bottom of the human development index, bottom of the hydrological index”, he said. “There is extreme food insecurity in Mali, Niger and the Horn of Africa”.

He added it was “perhaps no coincidence” that sub-Saharan literacy levels were also extremely low. He said a lack of education translated into a “lack of agility to cope with change”, which in extreme circumstances such as droughts could lead to radicalisation.

In some areas of the drylands, the average amount of time a girl or woman has spent in school is under one year. UN reports have found a spatial relationship between higher adult female illiteracy and higher levels of land degradation.

Garrity said the sub-Saharan regions should be a development priority, and that agroforestry could present an effective and holistic solution.

“We face a perfect storm of challenges. Holistic, comprehensive solutions are needed. The drylands must be the particular focus”, he said.

“We have to deal with the drylands crises. [Its people] are being overwhelmed, not coming out of them”, he added. “Violence is upsetting the development processes.”

The evidence suggests that planting trees can contribute significantly towards land stability in the drylands and sub-humid regions.

Reij said in southern Niger farmers had improved some five million hectares of land through “regenerating and multiplying valuable trees whose roots already lay underneath their land”. This had led to more than 500,000 additional tonnes of food per year. One community trained in these techniques saw its income rise by nearly €21,000 in one year, the vice-chairman of the International Tree Foundation, Roger Leakey, told EurActiv.

Reij said water harvesting could drive local growth, with €1 more earned by each farmer translating into €1.6 in non-farmed areas.

Receiving the endorsement of African ministers, other practices such as placing stone bunds and rainwater harvesting were also being promoted in initiatives such as the EU co-funded Evergreen Agriculture, the agroforestry expert said.

Development experts stressed the need for sub-Saharan farmers to adopt resilient measures, based on indigenous practices.

Reij told the conference that locally-used species such as baobab trees could provide farmers with just the seasonal durability they are looking for.

The leaves of the baobab are high in protein and vitamins A and C, and contain a wild spectrum of amino acids. The trunk can also be used to store as much as 10,000 litres of water for a number of months, essential in drought-prone climates. What is more, Reij said, the shade of leaves could provide vital protection from the sun for other crops.

Other indigenous plants, such as the Moringa, are also being deployed in sub-Saharan agricultural land. The International Tree Foundation is looking into the domestication of local plants, combining local knowledge with science to tease out the most beneficial breeds, Leakey said.

Officials from the European Commission’s development directorate general expressed their backing for these measures, which are in line with their plan for “resilient development”.

“We are convinced agroforestry is the future”, said Kristian Schmidt, Commission director of human and society development. As well as the Evergreen project, the EU funds the plantation of fruit and nut trees in sub-Saharan Africa and research initiatives at the World Agroforestry Centre.

“We need resilience for every household so they don’t turn towards short-term solutions”, Schmidt said.

Arthur Runge-Metzger, one of EU’s international development negotiators, told the conference that the EU now had the difficult job of convincing member states, under pressure to cut the EU budget, to continue pledging more money for these much-needed projects.

Holistic approaches to famine and water scarcity are required for long term success.  Critically, the communities involved need to support initiatives from outside otherwise there is no hope of projects working.  If the benefits of planting trees are tangible, especially with regards to increase food and/or financial gain, the chance of success is great.  Rainwater harvesting is a great example of immediate tangible benefits when it rains – rainwater stored in water tanks is available for household use thereby saving hours of walking for many rural women.