Innovations That Could Change The Way We Use Water 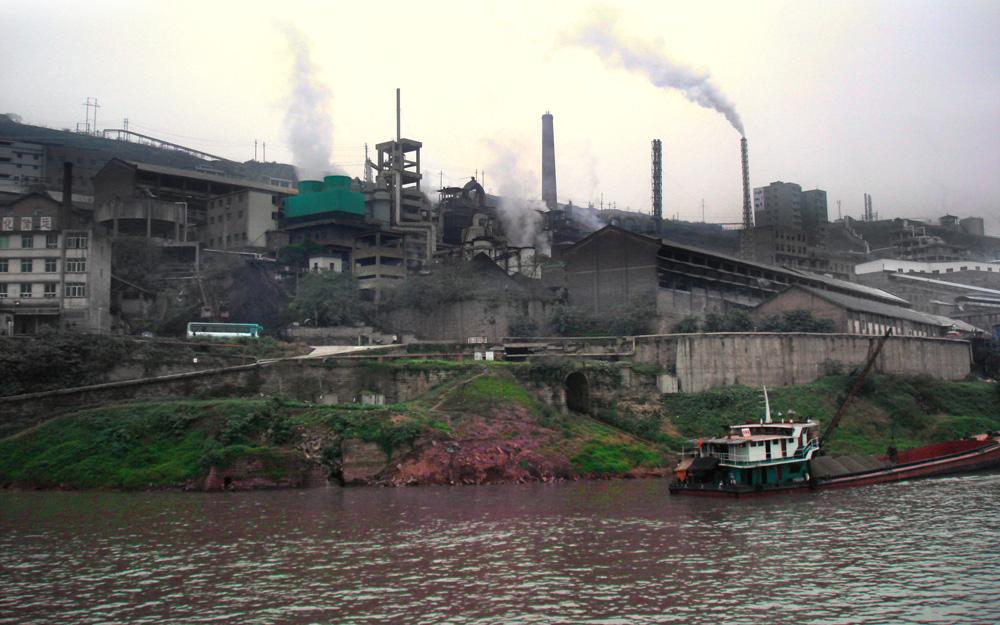 Toxic waste in rivers has led to a new trend in China: cancer villages. (Source: Flickr/Quiltsalad)

Beijing: Water supply to China’s Handan city, which has over a million people, has been cut off following contamination of local river by industrial pollutants from a chemical plant.

A statement by the city government in Hebei province said the water was cut-off after an accident in the neighboring Shanxi Province where industrial pollutants poured into the upper reaches of the Zhanghe River.

The Shanxi provincial government said a flexible tube rupture at a chemical plant in Changzhi City caused aniline to leak into the Zhuozhang River, the upper reaches of the Zhanghe River, on December 31. The statement did not specify the quantity of the leakage.

Aniline is a toxic chemical widely used as precursors in the manufacture of pigments, herbicides and other chemicals. Authorities in Shanxi said they received the report on Saturday, and that an emergency response had been initiated to stop the leak and clean up the pollutants.

A statement from the Changzhi City said the accident had not caused casualties so far, and that water quality in the Zhuozhang River was improving.

They said cities along the river, including Handan and Anyang City in Henan Province, have been warned to be on alert, state run Xinhua news agency reported.

The city of Handan has cut off its water supply from Yuecheng Reservoir located on the river and switched to another underground water source.

Air and river water pollution is a common concern in China, which has made big strides in manufacturing industries in the last three decades causing heavy damage to environment.

Pollution of rivers and other open waterways as well as groundwater is making these sources of water potentially dangerous for domestic use, not only in China but in many other parts of the world too.  South Africa has a problem with acid mine drainage in Gauteng Province where past mining activities have resulted in critical levels of chemical pollution in the local water ways.  Rainwater harvesting is a solution to obtaining safe, potable water (rain water is usually of high purity but if it is to be used as drinking water it should be appropriately filtered to ensure that dirt and other potential contaminants from the roof and guttering is removed).  Rain water tanks should be carefully chosen as the quality of ‘cheap’ water tanks is questionable and the wall material may even leach harmful chemicals into the stored rainwater.  JoJo Tanks (South Africa) manufacture their water tanks with an FDA-approved, food-grade black lining that inhibits algal growth and ensures the rainwater stays fresher for longer.  Click on the links below to find your ideal JoJo water tank, JoJo rainwater tank, JoJo tank stand, JoJo septic tank or other high quality JoJo Tanks product.