How can water tanks boost your property value? 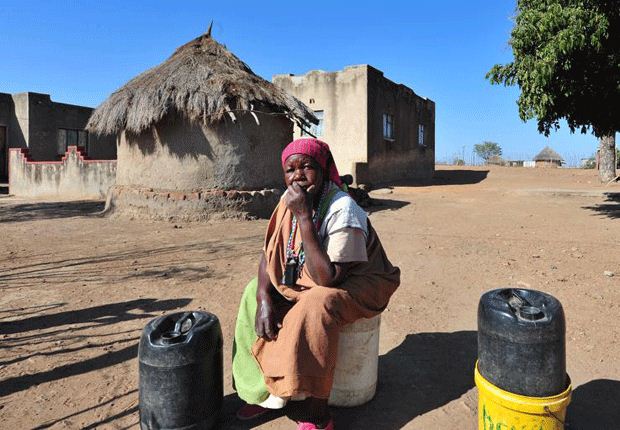 The water crisis in Limpopo’s Mopani district is worsening and there isn’t a solution in sight. The district is marred by persistent water shortages and at some stage bore holes were flagged as a solution.

A plan to get water from the Nandoni dam in Vhembe was derailed by court action. Now residents say their health is being seriously compromised. They believe government is not prioritising water provision.

Resident David Magagane says, “Bore holes provided by the municipality are not working and the municipal water tankers are not coming as frequently as they should. The municipality has not been spending money it got from the national government to address the water shortage.”

However the municipality has blamed the weather.

Spokesperson for the Mopani District Municipality Neil Shikwambana says, “The district has not been getting good rains and as a result there is not enough underground water to keep bore holes going. Water being pumped from the Nandoni dam outside Thohoyandou to the Nsami dam in Giyani seems to be the only solution at this stage but is going to take yet another year.”

Residents are hoping pressure from institutions such as the public protector will force local authorities to come up with a lasting solution.

Whereas many other parts of South Africa are currently receiving good rainfall, the Mopani District in Limpopo Province is facing a water crisis.  When lack of water infrastructure maintenance and upgrades combines with variable weather patterns and drought, the people, especially the rural poor, are worst affected.  As an interim measure, more plastic water tanks should be installed in the various affected communities.  The commonly installed 5000 litre water tank should rather be replaced with bigger capacity tanks such as the JoJo 10000 litre tank or even JoJo Tanks‘ huge 15000 litre or 20000 litre tanks.  This would ensure that when municipal water tankers visit the areas, they will be able to transfer a quantity of water that will last much longer and will be less likely to run dry.  The big advantage with polyethylene or poly water tanks, is that they are easily transported and installed and can be moved to other localities once the water issues have been solved.