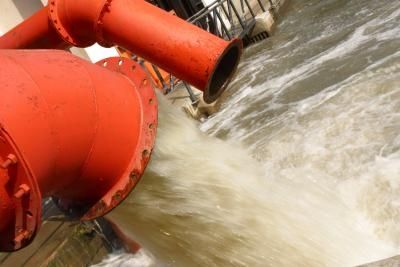 Where will India get its water from in the coming years? The water challenge is already grave and could get graver. By 2050, for instance, it is estimated that demand would go up to 1,180 million cubic metres, 1.65 times the current levels, a situation that would be made worse by fast dwindling fresh water resources.

That’s why desalination — removing salt from seawater to make fresh water — is increasingly catching the fancy of administrators. Two of India’s most industrialised states, Tamil Nadu and Gujarat, are the keenest among the lot. A water-scarce Tamil Nadu, already running one desalination plant, is working to complete a second plant and planning for the third. Gujarat is also said to have desalination plans.

“The industrial sector’s preference toward desalination is expected to increase with the growing demand for processed water. Many of the coastal municipalities are also keenly looking to invest in desalination,” says consultancy Frost & Sullivan’s environment technologies expert Sasidhar Chidanamarri. India, along with the US and China, is seen contributing quite a bit to a global doubling of desalination capacity between 2010 and 2025, says Frost & Sullivan. Of course, the biggest contributor would be West Asia, which would by then account for half the world capacity.

But the question that experts are increasingly asking, at a time when a draft water policy is being debated, is this: is desalination the best option?

Countries the world over, while being bullish about desalination, are equally bullish about other means, notably waste water recycling. Not India. Only about 31% of municipal wastewater can be recycled. That would be more than 75% in China. In a recent working paper titled “Water Supply in Chennai: Desalination and Missed Opportunities”, researcher Sridhar Vedachalam of the New York State Water Resources Institute at Cornell University wrote that “desalination may provide a reliable supply of water to a city with chronic water shortage, but it is hardly the best option for more than one reason”.

“Desalination, while being a source of fresh water, does nothing to address the challenge of managing those extra million litres of wastewater,” says Vedachalam. “Recycled water, on the other hand, solves the twin problems in a single shot.”

When Tamil Nadu launched its first desalination plant in 2010, at Minjur, 27 km from north of Chennai, the benefits seemed apparent. Tamil Nadu’s water challenge is historically well chronicled. Now, it houses 6% of the country’s population but only has 3% of its water resources. Also, Tamil Nadu gets an annual rainfall of 792 million metres versus the national average of 1,250 million metres. The per capita availability at 800 cubic metres in the state is just a third of the national average.

“Why not go further and pick a more futuristic technology — one that addresses problems of water supply and wastewater management, is ecologically compatible — and lead the way for the rest of the country and even the world. Reuse can be implemented anywhere (not just in coastal areas) and, therefore, has a much bigger market allowing future improvements in technology and reduction in cost,” says Vedachalam.

Chidanamarri estimates the capex for desalination plants to be two-and-a-half times that of a conventional treatment technology. “Clearly, desalination is an expensive proposition. And the government is contemplating to offer tax incentives for industries which would help them in recovering the high costs.” (He also points out, though, that improved technologies have over the years brought down the cost of water from desalination.)

Given this, Vedachalam had argued in his analysis, “Reliance on such expensive technology [desalination] does not augur well for a city [Chennai] that already does not collect revenues that match its expenses.” A report in 2005 estimated that only a fifth of the water sold in Chennai was metered. The rest of the country may not be vastly different in this respect.

Data supports this view. According to a presentation available on the Ministry of Urban Development Website, the average cost of wastewater treatment is Rs 4.5-6 a kilo litre, and this can be used for agriculture or gardening purposes. If treated for drinking use, the cost does jump to Rs 12 but this is still far less than what metros in India spend to bring potable water to its residents. Here are the numbers: from Rs 20 per kilo litre in Delhi to Rs 40-60 in Chennai.

Given this, going in for waste water recycling aggressively should be a no-brainer. But that’s not been the case. There’s a reason why the actual scope for use of recycled water is far less. “From a mindset perspective, people are more ready to drink desalination water relative to treated waste-water,” says Icra’s Rao.

The world needs to overcome its negative perceptions of drinking treated and filtered waste water; many people in large cities do not realise that much of their drinking water has been recycled!