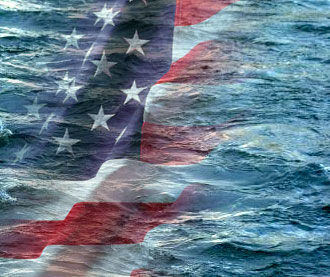 One of the great ironies in the US water sector is that while many cities are starved for funding, billions of dollars in capital raised by private infrastructure funds continues to sit on the sidelines untapped and looking for deals.

Much of the US water and wastewater infrastructure was constructed generations ago and is nearing or at the end of its useful life, as evidenced by the 650 water main breaks every day and two trillion gallons of treated water lost every year at an estimated cost of $2.6 billion. The United States Conference of Mayors forecasts water and wastewater investment needs of up to $4.8 trillion over the next 20 years. The US Environmental Protection Agency (EPA) and the Government Accountability Office (GAO) estimate the current water infrastructure funding gap to be between $500 billion and $1 trillion.

And in addition to the EPA’s and GAO’s dire assessments, the American Society of Civil Engineers (ASCE) recently graded U.S. wastewater infrastructure a “D-.”  According to the ASCE, communities in the U.S. experienced more than 240,000 water main breaks and saw billions of gallons of overflowing combined sewer systems causing contamination, property damage and disruptions in water supply. The ASCE warns that if left unchecked, these conditions could cost businesses $147 billion and households $59 billion.

Confronted with budget deficits and scarce funding resources, federal, state and local governments are hard-pressed to help cover the costs of replacing crumbling and leaking water infrastructure. But there must be a way to increase investment in water and wastewater infrastructure or the impact will be disastrous. I believe the private sector can help close the funding gap, with the help from three specific legislative initiatives.

A Private Activity Bond initiative would lift the cap on private activity bonds (PABs) for water and wastewater projects. PABs are a form of financing that allows private capital investment in public projects – the benefits of which are interest rates lower than conventional taxable financing, a lower delivered cost of service, and a readily available funding supply. Local governments commonly use PABs for a variety of public purposes: public housing, school loans, airports, recreation and cultural facilities and solid waste disposal sites and ports.

Historically, PABs have been used to solve critical infrastructure problems including the solid waste disposal crisis in the 1980s, where the private sector invested over $20 billion in new waste-to-energy facilities to avoid massive groundwater pollution and reduce the growing number of hazardous waste sites. However, under federal rules governing PABs, there is a limited total dollar amount issued by any given state. This limitation or “cap” is based on the state’s population. Twenty-one different kinds of projects are subject to the same PABs cap. Thus, water projects must compete for the same limited “cap” with housing, education or electric generation projects, for example.

Earlier this year, bipartisan legislation to lift this cap was introduced in both the House and Senate with a broad range of support. The House bill, H.R. 1802, had more than 60 co-sponsors. According to at least one study, lifting the cap on PABs would generate $5 billion annually in private capital investment, create and support more than 142,500 jobs. and generate billions in tax revenue at the federal, state and local level.  Unfortunately, the bill was not enacted into law, but the Sustainable Water Infrastructure Coalition is working hard to push a new measure through Congress.

The second initiative is a tax incentive for industry to implement projects that will result in greater recycling/reuse of water. A number of countries around the world have enacted incentives to encourage more reuse. Singapore, for example, has created a Water Efficiency Fund that provides up to 50 percent of the capital cost of water recycling facilities. To the extent that incentives exist in the U.S., they tend to be at the local level. Fortunately, just recently on June 28, 2012, U.S. Senators Jeff Bingaman (D-NM), Diane Feinstein (D-CA), and Olympia Snowe (R-ME) introduced the “Expanding Industrial Energy Efficiency Incentives Act of 2012” (S. 3352). By providing federal tax credits to U.S. industries that invest in water recycling and other water?efficient technologies, S. 3352 would encourage significant private sector investment in water efficiency – an important step toward achieving the goal of national water security.

The third major initiative is the “Water Infrastructure Finance and Innovation Authority” (WIFIA), modeled after the successful Transportation Infrastructure Finance and Innovation Act (commonly called TIFIA). Such a mechanism could lower the cost of capital for water utilities while having little or no long-term effect on the federal budget. WIFIA would access funds from the U.S. Treasury at long-term Treasury rates and use those funds to provide loans or other credit support for water projects. Funds would flow from the Treasury, through WIFIA, to larger water projects or State Revolving Funds wishing to borrow to enlarge their pool of capital. Loan repayments – with interest – would flow back to WIFIA and into the Treasury. Through the leadership of the American WaterWorks Association (AWWA), we expect that this bill will soon be introduced in Congress.

Our nation’s water systems face substantial investment needs over the next 20 years – and current shortfalls don’t account for anticipated growth in demand. Though the financial expense of upgrading or replacing our infrastructure is daunting, the cost of ignoring it could be disastrous. With the benefit of private financing, the potential exists to help ensure that the future of our nation’s water infrastructure is sound.

There are some very definite parallels in South Africa; our water infrastructure is in dire need of upgrading and in many cases, rebuilding.  There is resistance to privatisation of water services in South Africa due to endemic political and social issues.  Private funding and private partnership – where ownership of infrastructure and services is shared by government and the private sector – would seem to be a good solution for South Africa.  Inevitably, funding will be at least partially passed on to the tax payer.  It makes sense to invest in water conservation systems – for both businesses and private households- rainwater harvesting systems and equipment are relatively inexpensive and can ensure a supply of water during water supply outages.  Click on the links below to view the various rain water tanks and other JoJo Tanks products available in South Africa.