Policymakers and experts from around the world are meeting this week in Stockholm to discuss ways out of what they call the growing global water crisis, with emphasis this year on the relation between water and food security. 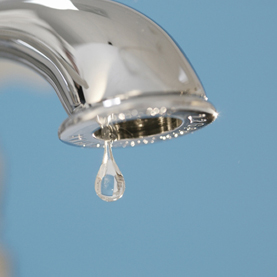 Ahead of the August 26-31 World Water Week conference, RFE/RL correspondent Eugen Tomiuc discussed some of the world’s pressing water-related issues with American journalist Charles Fishman, author of the best-selling book “The Big Thirst.”

RFE/RL: Is the world really facing a water crisis, similar to the energy crisis or the financial crisis?

Charles Fishman: I don’t think it is a good idea to call it a world water crisis because it is different than the energy crisis or the financial crisis. And the way it is different is that water problems are local or regional. They are happening to people in a specific place. And in almost every instance, the people who are having that problem — whether that problem is in India or in China or in Eastern Europe — those people can, in fact, fix their water problem.

But water is an issue where local and regional communities in every part of the world can step back and say, “It’s our water. It’s our community. Let’s grab hold of the problem and fix it.”

So while there are places that are enduring water scarcity — and I am not minimizing their problems — those places can take responsibility for the problem and fix it.

RFE/RL: Droughts in Europe, with Barcelona in 2008 resorting to the bizarre solution of bringing water by ship from nearby cities. China dispatching soldiers to deliver water to the southwest of the country in 2010. The same year, Venezuelan President Hugo Chavez imposed electricity blackouts because of the drought. Now, as we speak, parts of eastern and southeastern Europe are experiencing their worst drought in six decades after one of the harshest winters in memory. So, is the world really running out of water?

Fishman: It’s really important to understand that the world is not running out of water. The amount of water on the planet is not changing. But we have built our communities in places where we expect there to be water. And so, if climate change moves the water, then the rivers get much more shallow, reservoirs that cities depend on and the rainfall and irrigation that farmers depend on isn’t where they expect it to be.

And so I do think there is a water crisis, but I think calling it a global crisis is a way of relieving people of responsibility. The proper response is to say, “What if we have to live with less water permanently?”

RFE/RL: There has been a growing trend to privatize water utilities, both in developed and developing countries. While privatization could theoretically mean better quality and services, the higher prices could turn water from a right into a luxury for the poor. It could also become a political means of control. So is privatization good or bad?

Fishman: Privatization of water systems is controversial because sometimes when a company is given responsibility for providing water, they raise the rates, they don’t provide good service. It looks like they are profiting off the need of people for the most basic element of life, which is water.

I don’t think that either a publicly run water system or a privately run one is the “right way” to run the water supply. If you look around the world, there are lots of government-run systems that are run very badly. Delhi, India only provides water to 21 million people [for] 90 minutes a day. So the reason we’re in trouble is that governments haven’t taken their responsibilities to provide basic water service around the world seriously, and I think that is true also in the developed world, where water systems are deteriorating.

RFE/RL: Furthermore, in the developing world, the corruption factor might have to be taken into account when water resources are being offered for privatization.

Fishman: Exactly. So privatization is not a magic solution. I don’t think it’s an evil. I think there’s a reason good water service isn’t available everywhere at this moment. To me, the places that aren’t getting basic water services to their communities, those areas are a perfect arena for help and support from other countries and from NGOs that operate in the world of water.

There are no hard water problems. Every water engineering problem has been solved somewhere in the world going back 3,000 years.

RFE/RL: You say in your book that India helped discover water on the moon, with its Chandraayan-1 space probe, but its creators don’t have water at home in Bangalore, where there are only 4.5 hours of water a day. You also have written about your experience with fetching water in India with a little girl. Can you describe it for us?

So, it is a very sobering experience to go out as a Westerner who just turns on the tap. Our toilets in the U.S. and Western Europe are supplied with cleaner water than the water that many people in the developing world rely on every day.

RFE/RL: But at the same time, the area you were in had mobile-phone coverage?

Fishman: Exactly. So we walked out to get the water and we walked back and it took us an hour to do that walk. And I had an Indian cell phone and the adult Indian woman had one and we had cell-phone service the entire time.

So there are two thoughts you have at that time. One is the cell phone, of course, is not provided by the government. It is provided by a private company, and the women who were quite poor even in terms of India had enough rupees to have a cell phone. And they would happily have paid a little bit of money for good water.

And the second thing you understand is, if you can walk to get the water and walk back with it, then a pipeline could be laid along that path so that the water comes to the village rather than you having to go fetch it.

So that’s what I mean when I say there are people literally wasting their lives fetching water, when the solution to those problems are at hand. You shouldn’t have a working cell phone but no water. That’s ridiculous.

RFE/RL: Much has been said or written about potential water wars in the 21st century as the population keeps growing and new economic giants such as India or China emerge. Do you agree with such an assessment?

Fishman: There has been and there will be conflict and real human suffering associated with inadequate water. What is interesting is that, historically, if you go back 1,000 years, there’s never been an actual war fought over water. In fact, what tends to happen is that countries and regions are able to resolve their disputes about water, and water is often a tool for helping people learn to talk to each other about other kinds of conflicts.

“Taking responsibility for the water crisis locally”- solutions to immediate water supply problems- is probably the best way to tackle the water crisis.  In South Africa, which is approaching physical water scarcity (see Physical Water Scarcity and Economic Water Scarcity) there are many communities that lack basic water services, even where summer rainfall is relatively high.  A micro-solution is to give communities and households some means of becoming more self-sufficient when it comes to water; rainwater harvesting is one solution.  Rain water tanks can store thousands of litres of rain for use during the dry season or for times of municipal supply cuts.