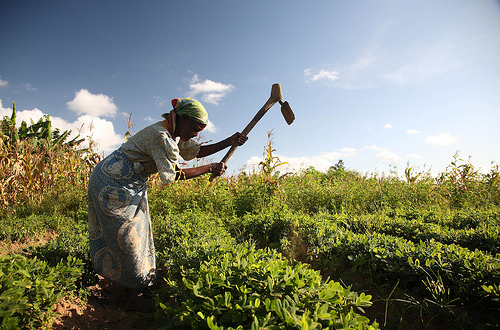 Agriculture contributes 30% of greenhouse-gas emissions worldwide and is responsible for 50% of South Africa’s water use. Therefore, it is critical that South Africa develop a water-efficient economy with a social ethic of water conservation for sustainable water resource reuse, said Lindros Whole Earth Consultants owner Alan Rosenberg at the recent Sustainability Week event.

“The solution lies in ‘agroecology’, which is a science, a movement and a practice,” he said.

Agroecology is a method of agriculture that recognises the interconnectedness between agronomy and its relationship to the environment. It is the science of sustainable agriculture and the methods that can be used to achieve this.

Herbicides, fungicides, pesticides and other pollutants have a negative effect on the water quality in dams, streams and rivers: therefore, agriculture needs to move away from using these chemicals and adopt new, sustainable methods as 35% of irrigation system losses return to the river systems by overland flow and return seepage.

Solutions to the problems include using green manures and compost, rotating crops and increasing the soil’s water retention capacity from its current average of 1% to about 5% by increasing its organic matter content.

Soil’s main processes are decomposition, humification and mineralisation, all of which are influenced by the soil’s moisture, temperature and biological status, as well as its mineral, chemical and physical composition.

The benefits of feeding the soil include increased soil health, fertility and, therefore, plant quality. Its resistance to pest attacks improves and the soil is less prone to erosion. Cultivation becomes easier and water infiltration, as well as water retention, increases.

“The practical steps of conversion are based on an understanding of the specific soil. The process will take between two and five years,” said Rosenberg.

Bulk irrigation water is relatively inexpensive (the cost lies mainly with the electricity needed to pump the water) but increasing the cost of water is probably not the solution as South Africa’s farmers already have to deal with other sky-rocketing input costs.  Sustainable agriculture needs to be incentivized – such as ‘green’ certification for farms that embrace sustainability and water conservation.  Ultimately, produce from ‘green’ farms will be more expensive – this is where the consumer can help to drive South Africa’s agriculture toward being more eco-friendly. By choosing such produce, even though slightly more expensive, the consumer will also benefit in that this type of produce will usually be the healthier choice.