HARARE City Council is releasing raw sewerage into rivers that feed the capital’s water sources, a report recently presented to Parliament has claimed. 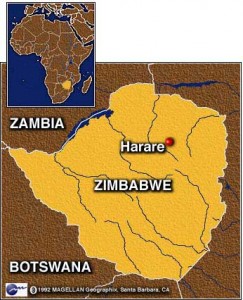 The report also painted a picture of lawlessness in the capital and Chitungwiza where structures were being built on wetlands, marshlands, and water-ways as well as below electricity pylons.

“Sewage pump stations in Chisipite, Avonlea, Borrowdale Brooke and Budiriro are currently not working and are located adjacent to rivers. The raw sewage is discharged into river channels instead of being transmitted to treatment plants,” reads part of the Natural Resources and Environment on Waste Disposal and Management in Harare and Chitungwiza.

The report said Harare was struggling to provide water to its residents as its infrastructure was designed for 250,000 people only instead of over the current estimates of 2.5 million which is ten times its carrying capacity. A new design with a carrying capacity of 4 million was said to be in the pipeline.

In addition, satellite towns such as Chitungwiza, Ruwa and Norton were not contributing to Harare’s water treatment costs but the capital cannot disconnect them because this could trigger outbreaks of cholera and typhoid.

The report further claimed that a Chinese firm mining diamonds in Marange, Anjin, was building the Anjin Multi-purpose Centre that includes a hotel on wetlands in Harare, despite submissions by the Environmental Management Authority that environmental laws were not being observed in that project.

“All of these uncontrolled housing developments that closed all open spaces meant for schools, marshy lands and for aeration of the community space were unfortunately authorized by the municipality.

“A report on houses built on improperly planned places was prepared and the conditions to implement the recommendations are now in place. Rectification would be done where houses are built along roads, over sewage pipes or directly below electricity pylons.”

Unfortunately, the above situation is duplicated in many African towns and cities- most municipal water and sewage systems have not been maintained or upgraded since these nations obtained independence from powers.  The polluting of river systems in Zimbabwe not only affects her citizens but also countries like Mozambique as many of the eastern river systems drain into the coastal areas of Mozambique.  As many municipalities the world over (not just in Third World countries like Zimbabwe) struggle to provide adequate sewage and water supplies, the danger of contamination of drinking water is increasing.  A solution, on the individual level, is the installation of rain water tanks for rooftop rainwater harvesting.  This ensures that the source of water is of known origin and quality although it is still recommended that rain water be filtered for drinking purposes (contaminants from the roof and gutters are a possibility).  Rainwater harvesting also reduces stormwater runoff that overloads sewage systems.  Always choose rain water tanks carefully- ensure the water tanks are suitable for storing potable water.  JoJo Tanks plastic water tanks are made from food-grade polyethylene and meet minimum standards set by SABS and USA’s FDA.