Strong evidence of ‘ocean of water’ on Saturn moon

Make use of water tanks: Tshwane/Pretoria

Nasa’s Cassini spacecraft has found strong evidence for an ocean of water beneath the frozen crust of Saturn’s largest moon Titan, scientists said on Thursday. 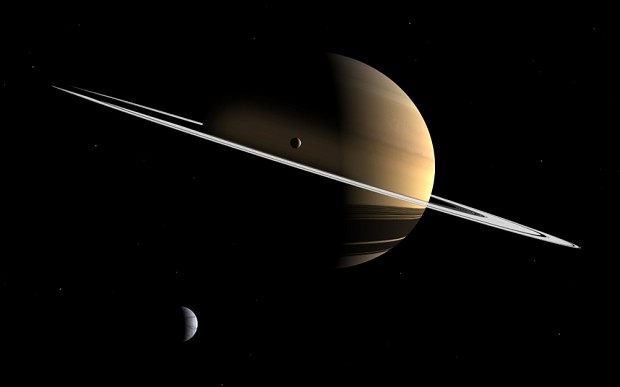 The finding propels Titan into a shortlist of places including Jupiter’s moon Europa and Saturn’s smaller moon Enceladus suspected of harbouring underground seas.

“The evidence is strong that Titan is squishy,” said planetary scientist Jonathan Lunine, with Cornell University.

The evidence was put together during six passes over Titan by Cassini, which is orbiting Saturn, between 2004 and 2011. During the fly-bys, scientists measured minute changes in the pitch of radio signals passing between the spacecraft and Earth to figure how much Saturn’s gravity deformed the moon.

They then turned to computer models to match a 10-meter (33-foot) distortion with possible scenarios to explain what was going on. The more solid the moon’s interior, the less it would be impacted by Saturn’s gravity.

“The measurement is pretty conclusive about the existence of an internal ocean,” said lead researcher Luciano Iess, with Sapienza University in Rome, Italy.

“The presence of water does not imply life,” he added. ““But Titan has many interesting ingredients – hydrocarbons, a hydrological cycle and a thick atmosphere.”

Scientists have no idea if the ocean is in contact with rock, a possible source of minerals and other components believed to be needed for life.

Based on the Cassini findings, Titan’s suspected ocean lies about 100 kilometres (62 miles) beneath the surface.

Although the moon sports lakes of liquid hydrocarbons, such as methane and ethane, Titan’s ocean is probably mostly water.

“The subsurface ocean has to be made of water, or water mixed with a relatively small percentage of salts,” Iess said.

If the ocean were liquid hydrocarbons, the heavier surface ice would sink and Cassini would see a global hydrocarbon ocean on the surface, he added.

Cassini arrived at Saturn in 2004.