Water Crisis: The Future of Water in China

Install a Water Tank to Save Money & Water 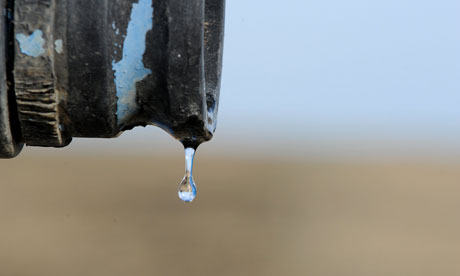 Water, water, everywhere but not really in China. Though an important strategic resource, it has always been in short supply and wasted aplenty, without much thought for its conservation. But two recent government announcements may well prove the old adage wrong.

A work report submitted to the National People’s Congress, China’s top legislature, indicated that the government is planning to impose strict controls on water resources management to prevent misuse. Last month, the Ministry of Water Resources said it would invest more than 140 billion yuan ($22.2 billion, 16.9 billion euros) on water conservancy projects this year, while the total investment on such projects between 2011 and 2015 is expected to be about 1.8 trillion yuan.

Though China accounts for about 20 percent of the global population, its freshwater resources are just 7 percent.

Despite the shortfall, the nation has been able to maintain a bumper harvest for eight consecutive years, something that Chen Lei, minister for water resources, terms as a “China Miracle.”

But Chen knows his task is far from over and that the road ahead is a bumpy one. Though the main priority is to conserve water resources, efforts are also on at the ministry to utilize the existing resources fully, without wastage. Steps to channel more foreign investment to the sector are also being charted and China is hoping to make a lasting impression at the 6th World Water Forum in Marseille, France on March 12.

Many governments around the world and in South Africa will be forced to increase water tariffs in order to develop and maintain water supply infrastructure.  Perhaps an increase in monetary value of water will make people think twice about wasting water.  The humble plastic water tank is one way of ensuring water supply to households and businesses.  Municipal water can be stored in the water tanks or rainwater can be harvested and stored in rainwater tanks, saving money and the environment.