DIY: How to Repair a Plastic Water Tank

Water affects everything we do, both positive and negative. 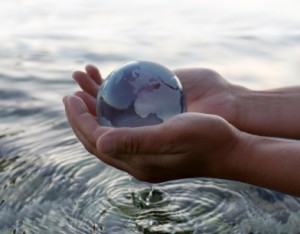 With Human Rights Day fresh in our minds, it is appropriate to reflect on the words of the late Kader Asmal, an unrelenting defender of human rights and a former minister of water affairs.

Speaking as the patron of WWF South Africa’s Water Balance Programme, Asmal observed that “water runs through our every aspiration as a society”.

Water affects everything we do, both positive and negative. From a governance point of view, this complicates things. To illustrate, some of the most important strategic decisions affecting water – for instance, mining, agriculture, urban planning and energy – are not led by the Department of Water Affairs, which merely plays an administrative role of issuing water licences, often after the fact. Added to this, the minister of mineral resources is currently asking the Constitutional Court to further exempt mining from the normal planning processes that apply to all other forms of economic development.

This would be problematic. However, when we consider the dire water situation, it reaches a critical scale.

The nascent National Planning Commission (NPC) provides a unique opportunity to deal with such a highly integrative and complex issue at its appropriate national strategic level. The first report produced by the NPC, the national diagnostic report, recognised the fundamental role of water.

However, the NPC’s follow-through in the National Development Plan (NDP), which seeks to chart a new path for long-term development, does not appear to deliver on this early promise. Water issues, previously seen as a “central concern of national planning”, are relegated to being a sub-section of infrastructure.

At the heart of this systemic nature of water risk lies the water-food-energy nexus. One cannot plan for one of these critical resources without consideration of the impacts on the other two

The NPC appears to be perfectly positioned to deal with such a multi-variant nexus issue that the more focused national government line departments are not able to deal with. And yet, this critical point seems to be entirely lost in the NDP.

On the positive side, the NDP proposes the establishment of a new National Spatial Framework, guided by an inter-departmental spatial co-ordination committee, which aims to resolve conflicts and harmonise spatial planning. Such a framework and committee is a positive step towards dealing with the spatial aspects of the water-food-energy nexus.

As we approach two decades of democracy, we have seen many changes in the policy arena that guides the sustainable development of our country. The first decade saw a flurry of new and globally leading legislation coming into being. The second decade has seen us struggle with the harmonisation of this new legislation, and the complex and interconnected nature of sustainable development. The NPC provides one of the most exciting opportunities to deal with these issues in a strategic, integrated and systemic way. WWF will continue to support the NPC in this endeavour.

Deon Nel is the head of the biodiversity unit of WWF South Africa.