Cape Town – The provision of fresh water has been delayed in some parts of South Africa, President Jacob Zuma said on Thursday. 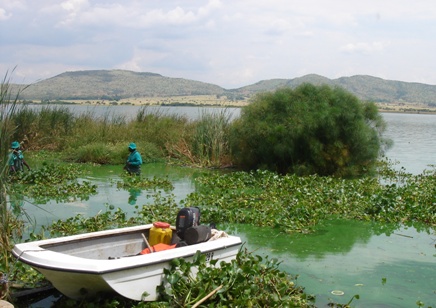 Rehabilitation of the Hartbeespoort Dam is progressing

However, nine out of 25 dams had now been rehabilitated, and five new water augmentation schemes were on track, he told a joint sitting of Parliament in his State of the Nation address.

“Clearly, water access is still a challenge in some areas… Water expansion has been delayed in some parts of the country due to a lack of infrastructure.”

Zuma announced that an amount of R248m would be spent on dealing with acid mine drainage in the Witwatersrand region.

He paid tribute to the organisers of the United Nations Framework Convention on Climate Change conference, also known as COP17, held in Durban two month’s ago.

“Let me take this opportunity to congratulate the inter-ministerial committee on COP 17 for making the conference a huge success,” Zuma said.

“The final outcome of COP 17 was historic and precedent setting, ranking with the 1997 conference where the Kyoto Protocol was adopted.”

Zuma said building on this success, South Africa would participate in the Rio Plus-20 Summit in Brazil, which marks the 10th anniversary of the World Summit on Sustainable Development.

Water tanks can greatly alleviate water quality and water shortages in many rural areas.  In the short term, water bowsers can deliver clean water to communities who have water tanks.  In the long term, water tanks will be vital for water storage whether the water supply is from municipal systems, ground water or dams.  The water in the plastic water tanks can be treated to ensure that it is safe to drink.  Many rural communities drink polluted water from dams and rivers.  The government of South Africa would do well to begin addressing the water challenges we face by providing communities with sufficient water tanks.

Water Tanks: Reasons Why You Should Own Them
Africans Must Adapt to Drought in Warming World