A definite and sustained decrease in water loss in the eThekwini municipality was recorded last year. 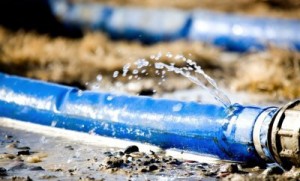 Head of city’s Water and Sanitation department, Neil Macleod, said while Durban was quickly outgrowing its water supply, the unit was making strides in containing non-revenue water – which included water lost to leaks, among other problems.

Monthly bulk water purchases that were increasing before 2011, said Macleod, had shown definite and sustained signs of decreasing and had dropped to levels last seen in July 2007.

He said the average daily purchases of water from Umgeni Water had decreased by 50 912kl from the 2009/10 financial year.

“In the 2009/10 financial year, the non-revenue water (lost water) was 37.4 percent. During the 2010/11 financial year, we reduced this loss to 33.2 percent which amounted to an improvement of 4.3 percent,” he said, adding that the city’s long-term goal was to reduce water loss to 25 percent within the next eight years.

MacLeod said the unit had put in place a 17-point plan to minimise water losses and improve service to consumers.

The replacement of aged infrastructure such as faulty water meters, the reduction of water pressure, which he said was a major cause of leaks and bursts, and the detection and repair of leaks had last year helped the city reduce water losses.

He said the unit’s use of “Category B plumbers” on a “find-and-fix” approach had “proved extremely successful with a dramatic increase in the number of leaks repaired at a far lower cost”.

For this year, MacLeod said the unit intended regularising a targeted 820 illegal connections through an amnesty programme and municipal courts.

He said the installation of informal area meters would also increase billed consumption.

This is an example that all other cities and towns in South Africa need to emulate.  All too often, one can see municipal water being needlessly wasted due to lack of infrastructure maintenance or just pure negligence. Water losses equate to increased water tariffs and in severe cases, water supply cuts could occur.  This is a good reason to install one or more water tank at home or at work.  Water tanks filled with rainwater, municipal water or borehole water ensure that water is available during such times.