Biocrude Oil from Wood and Grass 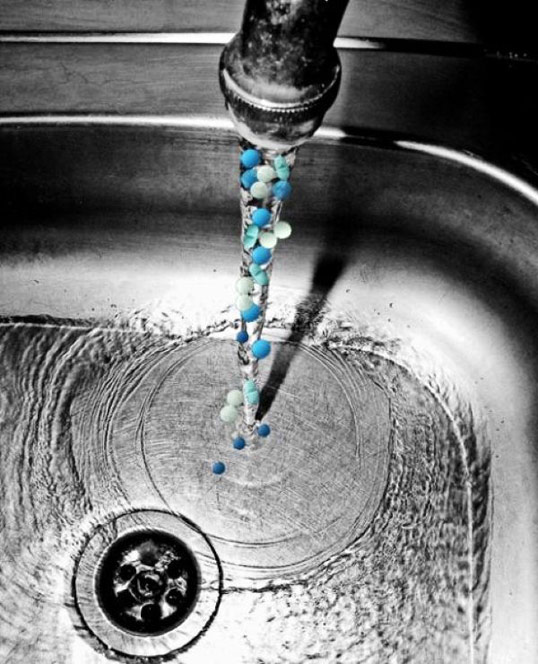 Lithium, the psychiatric drug prescribed for depression, mania and bipolar disorder, is now being viewed as the new fluoride by some experts. These experts are calling for the addition of lithium to the water supply as a cure-all for social problems, including suicide, violent crime and drug use.

Lithium is the new fluoride

Dr. Gerald Schrauzer, who published the first paper in 1989 connecting lithium in water supplies to a decrease in certain undesirable social behaviors, became interested in lithium after growing up next to a “miracle spring” in Franzensbad, Czechoslovakia. This lithium-containing spring was alleged to moderate the temperaments of women in particular.

For centuries, people worldwide have been attracted to springs like these for their calming benefits, and scientists have since found the benefits to be credited to unusually high natural lithium levels.

Of course this is how the addition of fluoride to the water supply came about. It was discovered that people with “Colorado Brown Stain” or “Texas Teeth”, names that described a mottling and staining of the tooth enamel, lived in areas in Colorado and Texas that had higher naturally occurring levels of fluoride. It was believed that the naturally occurring fluoride in the water made the enamel of the teeth harder and more resistant to cavities, so it was suggested that fluoride be distributed through the water supply to benefit public health.

Unfortunately, we now know that “Colorado Brown Stain” and “Texas Teeth” were cases of dental fluorosis, which can cause pitting and decay of teeth in its severe form, and may actually cause them to be structurally weaker. 41 percent of American adolescents now suffer from this fluoride induced condition.

The argument for it

Proponents of lithium in the water supply claim that it has compelling benefits.

A 2009 study across 18 communities in Japan showed that those with higher levels of naturally occurring fluoride were significantly less vulnerable to suicide. A study from this year corroborated the findings, showing that 4 to 15 percent of the variation in suicides across 99 counties in Austria was due to lithium content in regional water supplies.

“As a matter of empirical science, this connection between water-based lithium and suicide is absolutely becoming widely accepted,” said Jacob Appel, a psychiatrist and bioethicist at Mount Sinai Hospital in New York City. “The research, when one of a scientific persuasion reads it, is compelling — even if it might be jaw-dropping.”

If the research continues to show good results, Appel sees America as a possible first candidate for implementation, citing as a precedent how easily genetically modified and fortified foods have been both approved by the U.S. government and accepted by American consumers.

The public is not buying it

It seems that experts who put forward the notion of adding lithium to the water supply often encounter harsh and sometimes violent feedback.

Dr. Allan Young, a psychiatry professor at Imperial College in London who published a 2009 commentary on the subject, received a handful of death threats and was likened to a Nazi. He also received 500 vitriolic emails after publishing an article on The Huffington Post, several of which were so provocative that they caused him to contact the authorities.

But even experts enthusiastic about adding lithium to the water supply caution about unintended consequences. First, it is still not clear how lithium affects the brain and, second, there is also the consideration of possible personality changes within the recipient.

“Lithium certainly dampens impulsivity, which would explain how it dampens suicide rates,” Young said. “But at a population level, what if that impulsivity is being directed in a healthy way — the person jumping onto the subway tracks to save a life?”

Adding lithium to the water supply could also have the unintended consequence of widespread personality homogenization, according to Peter Kramer, a psychiatrist at Brown Medical School.

“When you change these resilience factors in the brain, you see other changes too, People are less timid and shy, for example,” Kramer said. “But maybe people want the right not to have these subtle changes taking place, without making the choice for themselves.”

To begin with, psychology does not always have the best track record with mental health solutions, particularly when it comes to prescription medications, as evidenced by the implication of antidepressants in suicides and school shootings.

But there is a much more obvious problem. Dr. Paul Connett, director of Fluoride Action Network, has been fighting to get fluoride out of the water in the remaining 2 percent of countries worldwide that still fluoridate, and one of the major arguments against adding fluoride, or any drug — lithium included, to the water supply is that you cannot control the dose that any one person will get. Connett argues that, to mass medicate in this way, the government would need to ensure that the dose for every individual in the society was at such a level that it would be safe and completely non-toxic — this means accommodating an adequately safe dose for everyone including infants to large males or different races, ethnicities, ages and sexes.

If it were even possible to arrive at such a dosage, Connett argues that such a policy would violate informed consent because those drinking the water are not being made aware of the risks associated with the drug and do not have the right to opt out if they do not wish to assume those risks.

Source: Natural News (Neev M. Arnell)
The idea of adding more chemicals to municipal water, with- or without public consent, is indeed frightening.  The chlorine and other chemicals added to our water (for disinfection and flocculation purposes) is already a major health concern.  Municipal water should be filtered to remove potentially harmful substances such as chlorine.  See Water filtration: What you should know and ensure you drink healthy water.  This makes a good case for harvesting your own rain water from your roof. In most cases, you would need to filter rainwater for drinking, but at least you know exactly where your water comes from and that no government/authority has tampered with it.