South Africa could be in for more power disruptions when power consumption increases in winter, with Eskom warning that power supply is tight. 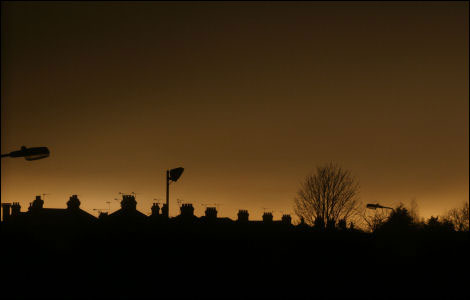 While reduced power demand would be the quick-fix solution, Eskom said demand has already increased by 1.5% in the first quarter alone, and forecasts a 2% increase in 2011 overall.  The situation will only ease in late 2012, when the first unit of Eskom’s Medupi power plant comes online.

However, had Eskom been quicker to sign power-purchase agreements (PPAs) with the private sector, and finalise renewable energy feed-in tariffs (REFIT), the renewable energy (RE) sector could have been making a significant contribution to South Africa’s power requirements by now.

Between 2009 and 2011, not a single PPA was signed with potential renewable energy investors.  And now the National Energy Regulator of South Africa (Nersa) has proposed a considerable decrease in tariffs paid for RE from installations bigger than 1MW.  These range from a 24,9% cut for wind projects, 17,1% for landfill gas, 28,6% for small hydro projects, 10,1% for biomass and 12,9% for biogas.  Concentrated solar power (CSP) troughs without storage could fall 7,3%.  The biggest cuts of 41,5% and 41,3% respectively are reserved for CSP troughs (with six-hour storage) and ground-mounted solar PV systems.  There is also a 39,4% cut in the proposed tariff for CSP towers with 6h ours storage.

The proposal comes shortly after cabinet approved the Integrated Resource Plan for electricity, which states that 17000MW, or 42%, of new generation capacity in the next 30 years will be derived from renewable energy sources.

The revised tariffs pose a real threat to disinvestment.  Cape Advanced Engineering MD Andrew Taylor said his company could make biogas projects viable at the reduced REFIT rate, but there is a lack of confidence in government.

“The real impact of the proposal is that it creates another 12-month setback in the initiation of the green economy, ” he said.

“Secondly, the project risks have doubled for investors.  I believe tariffs are so low that many projects will be sub-economic.  “It gives a very confusing message.  On one side government is saying they see a great future in the green economy, but they have just increased uncertainty about whether they are serious.”

However, South African Alternative Energy Association (SAAEA) administrator Alwyn Smith said rates would not be cut to a level where people would not invest.  “The government has committed to producing renewable energy.  Some investors and technology providers have already spent millions and to write the whole thing off now doesn’t make sense.

“There are investors who are getting scared and are not showing the interest they did before.  But in all fairness, the department of energy will get a backlash from consumers if rates are too high.  They have strike a fine balance.”

Revised REFIT tariffs will only be applicable to new projects, while projects at an advanced stage of development could be selected under previous REFIT rates.

Nersa hosted public hearings on 5 May and received written public comment until 22 April on its proposal to cut tariffs.

At the end of April 2011, Eskom also reduced the solar water heater rebates available to South Africans.  However, although the solar geyser rebates are slightly less attractive, they still are of great assistance- make use of these while they still exist!