The importance of recycling rare earth metals and minerals

“Rare earth” doesn’t mean a patch of soil that’s endangered as such. It refers to a series of metallic elements that while plentiful, are difficult to find in commercially viable quantities. The elements include: 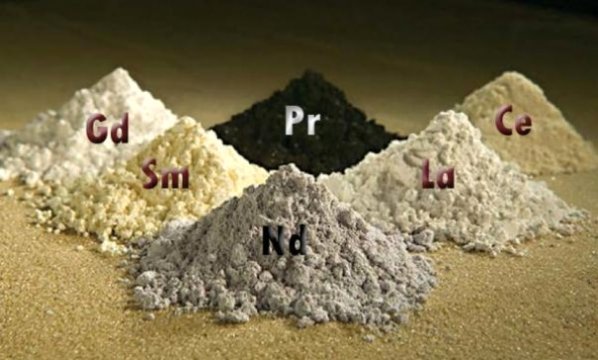 Compounds of these elements are known as rare earth minerals.

To give you an idea of how little of some of these metals are extracted, less than 22 pounds of Scandium as a metal is produced annually – globally. Compare that to gold at 2,260 tonnes in 2008 and even diamond production, which is around 26 tons a year. Scandium is an extreme example however.

The extraction of these metals not only requires a lot of ore (meaning land degradation and massive amounts of energy consumption), but usually involves toxic acids that are particularly harsh on the environment. Additionally, some of these rare earth metals are commonly found along with radioactive materials such as uranium.

Rare earth metals are used in many electronic and electrical devices – even some products that have a relatively short life-span, such as plasma TV’s.

There’s also an unfortunate “green” connection as these metals are often used in electric motors, low energy light bulbs, solar panels and wind turbines. While very small quantities are used in these products and a quality solar panel has a life-span of 25 years or more, it all adds up; particularly with the renewable energy revolution starting to really kick in.

Environmental issues aside, an additional threat looms. It seems we’re heading for a supply crunch – as early as next year. Resource shortages have this horrible tendency to become quite nasty, resulting in risky and environmentally catastrophic mining practices and wars.

With so many devices needing these metals and yet so few sources; the race is on to find more deposits, alternatives and thankfully, there is now more of a focus on reclaiming rare earth metals. 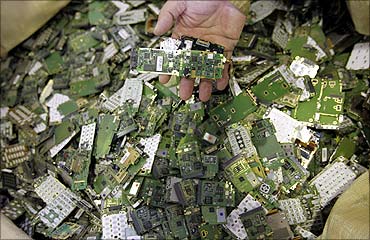 The recycling of rare earth metals is in its infancy – only around 1% is currently reclaimed. However, some companies have seen the writing on the wall and are making solid inroads in setting up recycling operations, including Hitachi; who have set up a line to separate and collect rare earth magnets from computer hard drives and compressors.

The rare earth issue is another reason we need to recycle our electronic equipment rather than sending it to landfill. While the air conditioner we drop off for recycling may not be harvested for its rare earth metals just yet; that day may be just around the corner – so it’s good to get in the habit now.

Solar panel recycling efforts are also well under way. While today’s solar panels should still be cranking out clean electricity courtesy of the sun decades from now, it’s nice to know they won’t wind up in landfill once their serviceable life is over. Rare metals aside, over 90% of the materials making up a solar panel’s weight can be recycled.

Perhaps as the prices of rare earth metals increase then we will become more aware of the value of our discarded electronic goods.  Financial reward is a good incentive for living more sustainably; environmental awareness often begins in this way.  Products containing rare earth metals such as computers and cell phones are often discarded prematurely because a better, faster, more fashionable model is available.   Ultimately, our ‘throw away society’ mindset needs to change if we are to survive as a species.

Contact us for a free quote on a solar geyser, water system, rain water tank or water tank.  Another practical way of reducing your carbon footprint is by switching to green insurance, now available in South Africa!