Food vs. Fuel: The Debate Continues

Despite rising food prices and the ongoing food-versus-fuel debate, biofuels are back on the South African agenda – revived by their inclusion in an emerging economic policy framework and their perceived potential for rural job creation. 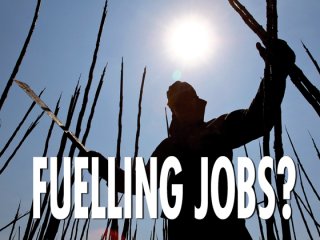 The country’s New Growth Path (NGP) indicates that the renewable-energy sector, including the biofuels sector, will be used as one of the vehicles for job creation in South Africa, says KPMG global infrastructure and projects group associate director Dr Phindile Masangane.

The NGP states that, in the ‘green economy’, expansions in construction and the production of technologies for solar energy, wind and biofuels are supported by the draft plan for electricity generation (the second Integrated Resource Plan), which proposes that green energy sources contribute 30% of the new energy generation capacity to be developed in the next 20 years. Clean manufacturing and environmental services are projected to create 300 000 jobs over the next decade.

Further, the NGP aims to create five-million jobs by 2020, with agricultural jobs a core contributor. In his address to the Agri SA conference in February, Economic Development Minister Ebrahim Patel stated that there were opportunities to bring up to 300 000 additional households into viable smallholder schemes by 2020, create upwards of 145 000 additional agroprocessing jobs over the next decade and upgrade employment on commercial farms.

Biofuels also feature in the second Industrial Policy Action Plan, which indicates the sector’s role in job creation and contribution to support industrialisation efforts in the country. The Industrial Development Corporation and the Central Energy Fund have also been mandated to support the nascent industry.

These government policies are consistent with the Biofuels Industrial Strategy of South Africa of 2007 and echo the sector’s potential for job creation.

The Department of Energy (DoE) reports that the strategy’s objectives focus mainly on tackling poverty and economic development in rural areas, job creation and contributing towards broad-based black economic empower- ment. Other focuses are energy security and contributing to the renewable-energy target, greenhouse-gas emission reduction and sustainable development.

Government is to drive transformation and upliftment through State-owned enterprise (SoE) investment in biofuels plants, coupled with land reform and agricultural support for such plants. This is meant to supplement private- sector investments and for SOEs to play a leading role in the sector’s development.

The strategy has a modest target of a 2% contribution to final liquid fuels consumption by 2013, or 400-million litres a year (based on 2006 sales figures). Masangane says that the current use of biofuels is limited to private fleets and, therefore, negligible. She believes that, with only two years to go, it is unlikely that the 2% target will be met.

South African Petroleum Industry Association environmental adviser Anton Moldan says the regulatory infrastructure still needs to be put in place to encourage industry players on a broad scale, while the strategy’s ban on the use of maize as a feed material for biofuels production may also be one of the reasons for the delays.

However, sorghum as a possible feedstock is not excluded from the strategy and the production of bioethanol from sorghum delivers a similar yield to maize, says Grain SA market research senior economist Wessel Lemmer. He adds that, if the current incentives and policy were supportive enough, bioethanol plants using sorghum as feedstock would already be developed.

From a regulatory point of view, the cost of uptake of the fuels needs attention before biofuels production can be successfully rolled out on a broad basis, says Moldan, 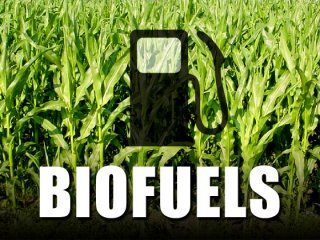 adding that, in the majority of countries where biofuels have been successfully introduced into the liquid fuels market, there has been some financial support to ensure the economic viability of the effort. He believes that, without government’s financial incentivisation, wide acceptance of a liquid fuels component that would cost more than the crude-based product is unlikely.

However, there seems to be new energy since the creation of the DoE (formerly part of the Department of Minerals and Energy) and its mandate to transform the energy sector and talks of revitalising the biofuels industry beyond the first five years of the strategy (from 2013 onwards), says the University of Stellenbosch department of microbiology’s Professor Emile van Zyl.

He was awarded a senior research chair in energy research, specifically “biofuels and other clean alternative fuels”, by the South African National Energy Research Institute, currently funded by the Department of Science and Technology.

The DoE reports that a financing mechanism is still being finalised but the approved strategy indicates a 50% fuel levy exemption for biodiesel, effective since April 2009, a 100% exemption on ethanol, a reasonable return on asset proportional to the risk and agricultural support to be linked to current initiatives within the Department of Agriculture, Forestry and Fisheries. Support is to be calculated in cents a litre linked to a pegged price for the given oil price and the exchange rate and based on the most efficient producers.

Reportedly, before the end of March next year, the DoE will pronounce on the regulated bioethanol and biodiesel prices.

Biofuels definitely have a role to play in the transition away from fossil fuels to sustainable, clean energy such as solar energy and wind power.  However, there is a fine line and biofuels need to be closely regulated and managed to avoid encroaching on food production but contributing to job creation in South Africa.

Water conservation and renewable energy such as solar energy are two issues that affect the global community; make a difference and start conserving water and switch to renewable energy today.  Another way of reducing your carbon footprint is to switch to eco-friendly insurance, now available in South Africa!