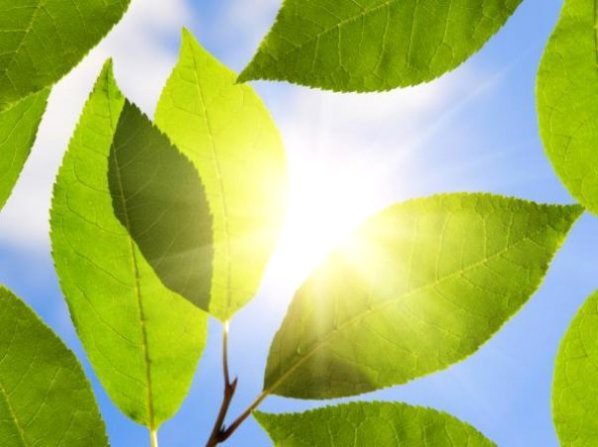 Scientists have claimed one of the milestones in the drive for sustainable energy — development of the first practical artificial leaf. Speaking in Anaheim, California at the 241st National Meeting of the American Chemical Society, they described an advanced solar cell the size of a poker card that mimics the process, called photosynthesis, that green plants use to convert sunlight and water into energy.

“A practical artificial leaf has been one of the Holy Grails of science for decades,” said Daniel Nocera, Ph.D., who led the research team. “We believe we have done it. The artificial leaf shows particular promise as an inexpensive source of electricity for homes of the poor in developing countries. Our goal is to make each home its own power station,” he said.

“One can envision villages in India and Africa not long from now purchasing an affordable basic power system based on this technology.”

The device bears no resemblance to Mother Nature’s counterparts on oaks, maples and other green plants, which scientists have used as the model for their efforts to develop this new genre of solar cells. About the shape of a poker card but thinner, the device is fashioned from silicon, electronics and catalysts, substances that accelerate chemical reactions that otherwise would not occur, or would run slowly.

Placed in a single gallon of water in a bright sunlight, the device could produce enough electricity to supply a house in a developing country with electricity for a day, Nocera said. It does so by splitting water into its two components, hydrogen and oxygen.

The hydrogen and oxygen gases would be stored in a fuel cell, which uses those two materials to produce electricity, located either on top of the house or beside it.

Nocera, who is with the Massachusetts Institute of Technology, points out that the “artificial leaf” is not a new concept. The first artificial leaf was developed more than a decade ago by John Turner of the U.S. National Renewable Energy Laboratory in Boulder, Colorado. Although highly efficient at carrying out photosynthesis, Turner’s device was impractical for wider use, as it was composed of rare, expensive metals and was highly unstable — with a lifespan of barely one day.

Nocera’s new leaf overcomes these problems. It is made of inexpensive materials that are widely available, works under simple conditions and is highly stable. In laboratory studies, he showed that an artificial leaf prototype could operate continuously for at least 45 hours without a drop in activity.

The key to this breakthrough is Nocera’s recent discovery of several powerful new, inexpensive catalysts, made of nickel and cobalt, that are capable of efficiently splitting water into its two components, hydrogen and oxygen, under simple conditions. Right now, Nocera’s leaf is about 10 times more efficient at carrying out photosynthesis than a natural leaf. However, he is optimistic that he can boost the efficiency of the artificial leaf much higher in the future.

If the artificial leaf reaches the commercial production stage, this will indeed be a major breakthrough for green energy, especially if costs can be kept low.  Water is the backbone of the process and it is likely that clean water will be required for the process to work.  Water conservation is imperative for our future survival and even more important if it is to be used as a ‘fuel’ for sustainable energy.  Rainwater harvesting and grey water recycling are two important ways that homeowners can collect and reuse this precious resource.  Water prices are on the increase; water saving devices save money too.