Can we save polar bears by moving them to Antarctica? 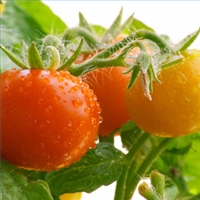 Shoprite Checkers, Woolworths and Pick n Pay, have expressed concern over speculation that a water crisis is looming in South Africa. The three major retailers say they have put in place rigorous measures to ensure their products are safe for consumption and are free of any potential contamination from polluted water supplies.

A Shoprite spokesman said yesterday that suppliers to the group’s fresh produce procurement division, Freshmark, had to comply with a standard of certification regarding farming practices, which included regulations on irrigation water.

The spokesman said the requirements stipulated that untreated sewerage water should not be used and that all suppliers were required to test their water regularly and have the results available for an auditor’s inspection.

“The requirements around the safety of water supplies are critical requirements to be met by Freshmark’s suppliers in order to receive or retain certification. Suppliers must comply with local regulations and standards … on drinking water,” he said.

If suppliers failed to comply, they would lose their certification and would be barred from supplying Freshmark.

The spokesman said the audit involved the testing of produce on a continuous basis in Freshmark’s distribution centres for microbial and chemical residue activity before fruit and vegetables were distributed to Shoprite and Checkers supermarkets.

Justin Smith, the manager of Woolworths’ good business journey, said the retailer’s organic fresh produce was grown without the use of artificial chemicals such as pesticides and herbicides, and without the release of harmful chemicals into water supplies.

He said the company measured the amount of water used by suppliers and aimed to reduce water use and improve water waste management during the growing, production and manufacturing phases.

Globalgap is a standard for safe and sustainable agriculture which sets guidelines for environmental, labour and product safety standards.

“Woolworths is also working with other conventional farmers to help them incorporate more responsible farming practices in order to establish a thriving and sustainable microbial population in the soil through the ‘farming for the future’ programme.”

He pointed out that Woolworths had completed a water trial with 66 food suppliers, which had raised issues about run-off water from irrigation practices and waste water from farm processing.

Pick n Pay spokeswoman Tamra Veley said the company was concerned about the water issue. The group monitored all suppliers and insisted on a monthly micro report from suppliers. The micro reports were verified at independent laboratories, she added.

The chief executive of the Agricultural Business Chamber, John Purchase, said in an interview recently that contaminated water was likely to be costly for food producers, retailers and consumers.

As the economy grew, he said, the various industries released more and more dangerous chemicals into the water system.

“Costs for the food producers are increasing because of the need for more electricity and water supply.” (Sapa)

As consumers become more aware, so do retailers step up their commitment to supplying more environmentally friendly produce.  This obviously benefits the producers (the farmers) who are engaging in eco-agriculture and organic farming- not easy.  Farmers who comply with Globalgap are inspected regularly and must comply with stringent health & safety and environmental standards.