How to Garden Sustainably

A look back 2,500 years at how climate and society have been intertwined 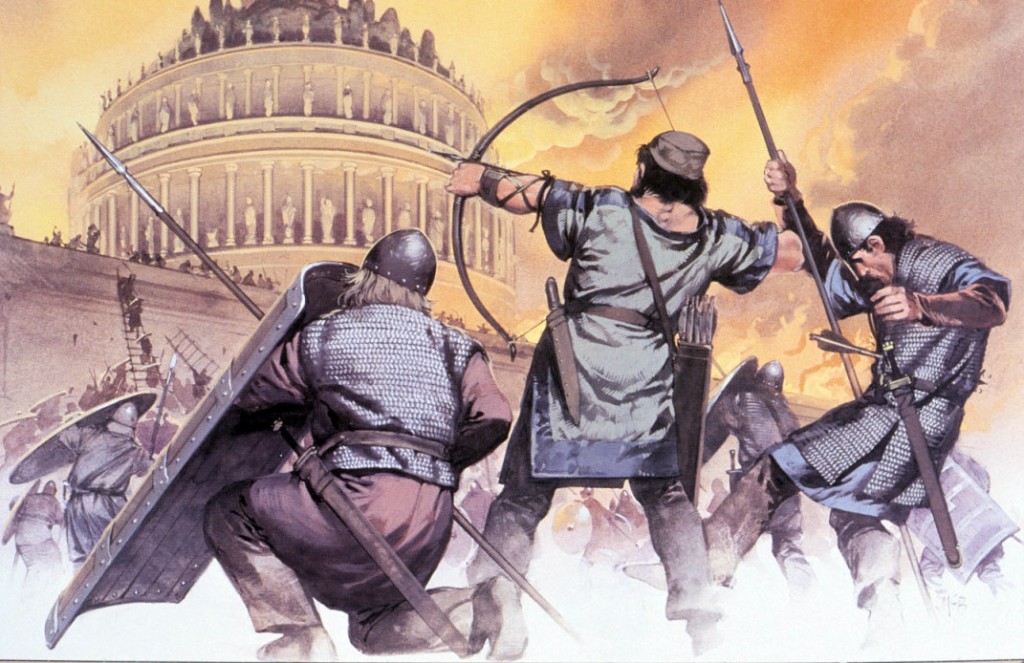 The findings help show how climate has acted as one of the many factors that have altered people's lives.

A prolonged period of wet weather spurred the spread of the bubonic plague in medieval times, according to a new study. And a 300-year spell of unpredictable weather coincided with the decline of the Roman Empire.

Climate change wasn’t necessarily the cause of these and other major historical events, researchers say. But the study, which pieced together a year-by-year history of temperature and precipitation in Western Europe, dating back 2,500 years, offers the most detailed picture yet of how climate and society have been intertwined for millennia.

With a look to the past, the work may help society better prepare for climate change in the future by informing public policy decisions about water management and other resources.

“We need to have a better understanding about the ancient climate system and its variability to understand the modern situation,” said Ulf Büntgen, a paleoclimatologist at the Swiss Federal Research Institute in Zurich. “It does not provide any predictions. But it helps us take it as something to be considered.”

Büntgen and colleagues collaborated with archaeologists to amass a database of more than 9,000 pieces of wood dating back 2,500 years. Samples came from both live trees and remains of buildings and other wooden artifacts, all from France and Germany. By measuring the width of annual growth rings in the wood, the researchers were able to determine temperature and precipitation levels on a year-by-year basis.

To get annual temperatures, they measured rings in high-altitude conifer trees, which grow faster in warmer summers and slower in colder years. To gauge precipitation, they looked at tree ring widths in lower-elevation oaks, which grow faster in years with higher levels of rainfall. Other techniques allowed them to figure out exactly which year each ring represented.

Overall, analyses showed that the degree of climate change occurring now is unprecedented in the last 2,500 years, Büntgen and colleagues report today in the journal Science. Because the data correlated weather patterns with exact years, the researchers were also able to zero in on specific moments in history.

Again and again, the data suggest, climate has impacted culture in dramatic ways. Unusually extreme and frequent shifts in weather patterns between 250 and 550, for example, coincided with a period of exceptional upheaval in Europe’s political and economic situations.

As weather patterns stabilized again between about 700 and 1000, on the other hand, societies began to thrive and grow in the countryside of northwest Europe. Around the same time, Norse colonies sprang up in Iceland and Greenland.

Climate also seems to have played a role in the epidemic of Black Death, which killed about half the population of Central Europe by 1347. For decades leading up to the outbreak, the new study found, wetter summers and a major cold snap corresponded with the onset of a Little Ice Age. Those conditions may have contributed to widespread famine and overall poor health, predisposing people to catch the plague.

Another particularly cold dip in the early 17th century corresponded with the Thirty Years’ War, a time when many people abandoned Europe and migrated to America.

“It’s not that there was a war because it was cold,” Büntgen said. “But the conditions were not helpful. Society was already affected a lot by this political turmoil, and they got additional suffering from cold summer temperatures.”

Together, the findings offer new and extraordinary precise lines of evidence for understanding the history of human societies, said David Stahle, a geoscientist at the University of Arkansas, Fayetteville.

Correlations don’t prove anything, he added, and plenty of droughts, cold snaps and other climate events are associated with no major cultural events at all. But the findings help show how climate has acted as one of the many factors that have altered people’s lives. Now, we can see that happening in periods long before meteorological instruments tracked every high and low.

“We live in a sea of coincidence and oughtn’t jump every time the data twitch, but this is an enormous quantity of data spanning the heart of Western Europe,” Stahle said. “It’s not a reach to say these extreme and prolonged climate activities could have affected the trajectory of social evolution.”

It’s easy to imagine how something like a prolonged breakdown in water services (due to drought, floods or  other environmental disaster) could result in civil unrest.  On a global scale, the result could apocalyptic.  Climate change is affecting everybody in one way or another; the action we take now will determine how seriously society will be affected.  Two major sustainability issues revolve around water and energy.