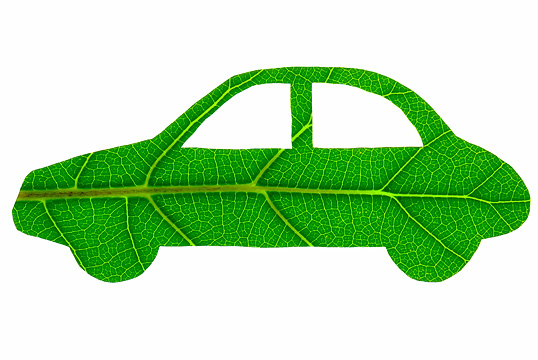 The automotive industry has invested billions in alternative fuel technology since that first Prius rolled off its assembly line. And these days a growing portion of that investment has been focused on zero emission technologies, such as battery electric vehicles (EVs) and hydrogen fuel cells.

Yet as a professional tasked with commercializing the next generation of alternative fuel vehicles, I can’t help but feel like zero just isn’t good enough. Pushing emissions off board and upstream to a dirty power plant may solve the automaker’s problems, but it doesn’t solve the Earth’s.

Which is why I was truly excited when, last week at the Los Angeles Auto Show, Honda introduced their “total energy management system.” The system consists of an EV, like the electric Fit they debuted at the show, as well as a Honda-developed solar charging station. An experimental solar hydrogen station is already being used to power the company’s FCX Clarity fuel cell vehicle. Honda is not only thinking about how many EVs they can put on the streets, but how to guarantee their customers a clean energy commute day after day.

This is not the first attempt by an automaker to offer its customers a clean energy solution. Tesla Motors has promoted a Solar City charging station for its electric Roadster, demonstrating Elon Musk’s strategic interest in providing the clean electrons to power his clean car (Musk is CEO of Tesla and led the initial funding of Solar City). The Tesla-Solar City project and Honda’s recent announcement highlight a new opportunity for the auto industry – end-to-end sustainable personal mobility.

Where the industry goes from here is anyone’s guess, but the possibilities are promising. Toyota already operates a housing development subsidiary in Japan that offers homes equipped with solar panels and rainwater recycling systems. Imagine the experience if this business were integrated with Toyota’s automotive operations: when you buy into an “ecommunity” of carbon-neutral dwellings, selecting the battery range of your plug-in vehicle could become as routine as picking out your home’s paint color or bathroom tile. Or better yet, you could select to participate in a community car share program to accommodate a less frequent need for your own car.

This vertical integration of energy generation stations with the vehicles that demand their energy would go a long way toward aligning auto industry objectives with the needs of the planet. If automakers were also fueling their vehicles, they would have a strong incentive to make cars as efficient as possible. And that vertical integration would bring us much closer to a future of sustainable personal mobility.

Paul Hirsch is a Senior Product Planner at Toyota.

On the topic of vehicles…

Rinspeed builds a car of bamboo…