Dubai has most damaging eco footprint on Earth, WWF report

Green Your Home For The Holidays

Humanity’s demands on natural resources are sky-rocketing to 50 per cent more than the earth can sustain, reveals the 2010 edition of WWF’s Living Planet Report – the leading survey of the planet’s health. 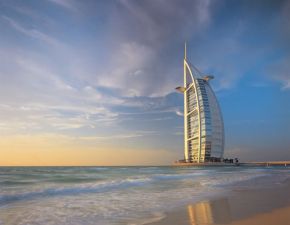 The biennial report, produced in collaboration with the Zoological Society of London and the Global Footprint Network, uses the global Living Planet Index as a measure of the health of almost 8,000 populations of more than 2,500 species. The global Index shows a decrease by 30 per cent since 1970, with the tropics hardest hit showing a 60 per cent decline in less than 40 years.

“There is an alarming rate of biodiversity loss in low-income, often tropical countries while the developed world is living in a false paradise, fueled by excessive consumption and high carbon emissions,” said Jim Leape, Director General of WWF International.

While the report shows some promising recovery by species’ populations in temperate areas, thanks in part to greater conservation efforts and improvements in pollution and waste control, tracked populations of freshwater tropical species have fallen by nearly 70 per cent – greater than any species’ decline measured on land or in our oceans.

“Species are the foundation of ecosystems,” said Jonathan Baillie, Conservation Programme Director with the Zoological Society of London. “Healthy ecosystems form the basis of all we have – lose them and we destroy our life support system.”

The Ecological Footprint, one of the indicators used in the report, shows that our demand on natural resources has doubled since 1966 and we’re using the equivalent of 1.5 planets to support our activities. If we continue living beyond the Earth’s limits, by 2030 we’ll need the equivalent of two planets’ productive capacity to meet our annual demands.

The United Arab Emirates and its two main cities Dubai and Abu Dhabi topped the list of nations with the biggest resource demand, followed by Qatar, Denmark and Belgium.

“The report shows that continuing of the current consumption trends would lead us to the point of no return,” added Leape. “4.5 Earths would be required to support a global population living like an average resident of the US.”

Carbon is a major culprit in driving the planet to ecological overdraft. An alarming 11-fold increase in our carbon footprint over the last five decades means carbon now accounts for more than half the global Ecological Footprint.

The 31 OECD countries, which include the world’s richest economies, account for nearly 40 per cent of the global footprint. While there are twice as many people living in BRIC countries – Brazil, Russia, India and China – as there are in OECD countries, the report shows the current rate of per-person footprint of the BRIC countries puts them on a trajectory to overtake the OECD bloc if they follow same development path.

“Countries that maintain high levels of resource dependence are putting their own economies at risk,” said Mathis Wackernagel, President of the Global Footprint Network. “Those countries that are able to provide the highest quality of life on the lowest amount of ecological demand will not only serve the global interest, they will be the leaders in a resource-constrained world.”

New analysis in the report also shows that the steepest decline in biodiversity falls in low-income countries, with a nearly 60 per cent decline in less than 40 years.

The Living Planet Report also shows that a high footprint and high level of consumption, which often comes at the cost of others, is not reflected in a higher level of development. The UN Human Development Index, which looks at life expectancy, income and educational attainment, can be high in countries with moderate footprint.

The Report outlines solutions needed to ensure the Earth can sustain a global population projected to pass nine billion in 2050, and points to choices in diet and energy consumption as critical to reducing footprint, as well as improved efforts to value and invest in our natural capital.

“The challenge posed by the Living Planet Report is clear,” said Leape. “Somehow we need to find a way to meet the needs of a growing and increasingly prosperous population within the resources of this one planet. All of us have to find a way to make better choices in what we consume and how we produce and use energy.” 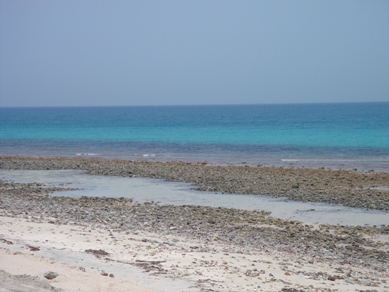 This probably shouldn’t come as a surprise in a region where fossil fuels sustain and account for most of the economy.  Having worked in the UAE, I noticed that many past unsustainable activities and developments have taken place with little thought for the environment (in many cases, through ignorance).  It seems that they are now eager to become more eco-friendly although many ecosystems are irreversibly damaged.  One example being where islands in the Persian Gulf have been increased in size- the reclaimed land covering coral reefs and creating seashore erosion that is only halted by daily shore repair (as occurs on Sir Bani Yas Island, Abu Dhabi).