Solar Can Be A Marketable Home Improvement

Solar power is arguably the cleanest energy source there is. But it’s also relatively inefficient—arguable from a technical standpoint, perhaps, but certainly not from a practical one. 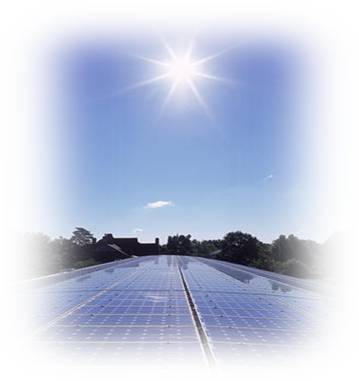 That can soon change. A new Atlantic report says that inventor Lonnie Johnson may have figured out how to turn solar heat into electricity with twice the efficiency of a standard photovoltaic cell—and still without the use of moving parts.

It turns out this guy has been busy over the past few decades. In addition to his solar energy research, he has worked on NASA’s Galileo spacecraft, done risk assessment for the space shuttle Atlantis, created a ceramic battery prototype, and helped engineer tests for the B-2 stealth bomber.

He’s also none other than the inventor of the Super Soaker squirt gun.

As a result of that convoluted resume, it took Johnson a few times to sell the idea to the Air Force Research Laboratory’s peer review panel, the report said. Eventually, he picked up enough research funding to build his first JTEC prototype—JTEC being short for the Johnson Thermoelectric Energy Converter.

The latest version of prototype features two fuel-cell-like chambers connected by steel tubes and filled with hydrogen gas. Here’s how it works: unlike a regular steam engine, which converts heat generated from burning coal into electricity, the JTEC uses heat to expand hydrogen atoms in one of the stacks, the report said. The expanding atoms split apart into electrons and protons. The freed electrons “travel through an external circuit as electric current,” which can charge a battery, for example, while the protons end up combining with electrons on the other side to reconstitute the hydrogen, beginning the cycle anew.

Among JTEC’s advantages, aside from its efficiency, are the fact that it’s reliable and silent compared to an engine with moving parts. (Think of all those massive, clanking, hissing steam engines that still run nearly all of the power plants in the U.S., including coal and nuclear varieties.) The JTEC also uses hydrogen, and produces little waste as a result. It’s roughly twice as efficient as a photovoltaic cell, which normally struggles to top 20 percent efficiency, and maxes out at around 30 percent in thermal power plants, the report said. Essentially, that means the JTEC is roughly as efficient as burning coal, with virtually none of coal’s downsides.

Now comes the hard part: figuring out how to implement JTEC on a larger scale. Xerox PARC, the Xerox subsidiary behind the mouse, the laser printer, and Ethernet among other things, is also working on the project, which has received funding from the National Science Foundation in addition to the Air Force.

Many lone inventors have come and gone selling dreams based on shoddy physics. But genuine, peer-reviewed advances in alternative energy research are a different story. This one looks like it could be one of the big ones; here’s hoping.