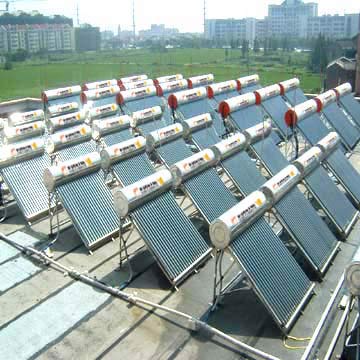 Eskom has received expressions of interest from energy services companies, municipalities and SWH installers indicating aspirations to install some 800 000 systems across South Africa.

Visagie noted that the Nelson Mandela Metropolitan Bay municipality was particularly advanced, with plans to install some 120 000 units.

Concern over funding for the rebate programme was previously raised, in connection with the standard offer programme (SOP) where it was tabled that Eskom’s funds for the SWH programme be put into a separate fund administered by an entity outside Eskom.

Visagie clarified that after recent discussions between Eskom and the Department of Energy (DoE), it was decided that funds for the SOP would not be derived from Eskom’s demand-side management (DSM) funds, which had been determined through the second multiyear price determination (MYPD2) process.

Eskom was allocated R5,4-billion for DSM initiatives under MYPD2, of which about R1,2-billion was set aside for the SWH programme to 2013.

Funding for the DoE’s SOP would be sourced elsewhere.

Energy Minister Dipuo Peters has outlined the country’s vision to roll out one-million SWHs by 2014.

Damon said that while the uptake of SWH systems had improved significantly, there were still challenges that needed to be overcome. The South African Bureau of Standards testing process remained a barrier to entry, and local manufacture needed to be incentivised because many SWH systems were being imported.

“Consumer education is key,” added Damon, noting that information and marketing of solar water heating would be vital in ensuring that ambitious roll-out targets were met.

The time is now to invest in a solar water heater! While Eskom rebates are presently accessible and available, this may not be the case in a few years time.  Substantial savings can be made with Eskom rebates when high quality, efficient solar geysers are installed.  The rebate quantity (cash back) depends on how much electricity a specific solar geyser will save which also depends on the solar geyser’s placement on the building (north-facing is best for the southern hemisphere).  It has been ascertained that a solar water heating system can reduce a household’s electricity consumption by as much as 50%.  On average, a solar geyser in South Africa, at current Eskom tariffs, will amortize the initial cost within 36 months; thereafter it’s literally money in your pocket with the savings you make on electricity bills.  Solar energy is a renewable resource and its use not only results in financial savings but there are considerable environmental benefits too.  Read Solar Power Myths if you still need convincing!