SA companies have no water policies

Big business in South Africa indicated on Tuesday that it was giving priority attention to programmes that could help offset an anticipated electricity supply shortfall that was expected to re-emerge during the course of next year. 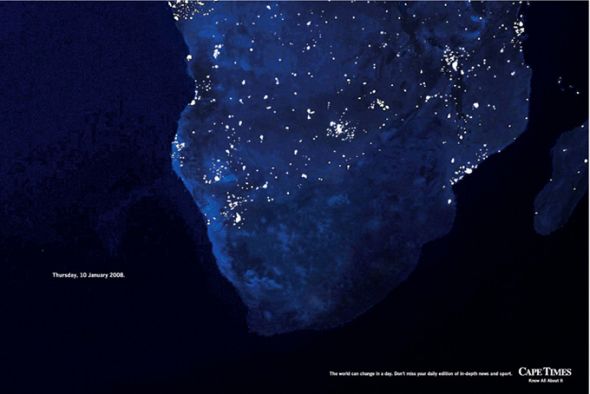 The system had stabilised since the rolling blackouts of 2008, mostly as a result of a decline in demand, precipitated by the recession of 2009 – South Africa’s first in 17 years.

However, demand had recovered steadily during 2010 and State-owned power utility Eskom had begun warning that the system would become vulnerable from 2011 through to 2012, ahead of the synchronisation to the grid of Medupi’s first of six 790-MW units in April 2012.

There could also be supply-side threats as from 2017, unless decisions were made, during 2010, about further base-load capacity beyond the R142-billion Kusile power station, for which funding was still being secured.

The funding plan for Eskom’s R124-billion Medupi station was reportedly in hand and either government or Eskom should announce a final funding plan soon.

Business Leadership South Africa (BLSA) chairperson Bobby Godsell reported that work was continuing on a business proposal to save, create efficiencies, or develop co-generation, or own-generation, involving 5 000 MW over the medium term.

He added that it had noted progress in the area of clarifying rules for private participation and in the roll-out of demand side management programmes.

However, BLSA was aware that the “good times are almost over” with regard to South Africa’s supply/demand balance and that there was an “urgent need to close the gap”.

In the longer term, there was also a need to find sustainable funding models to fund the expansion of the power network.

“You can’t grow your economy without growing your electricity grid,” Godsell, a former Eskom chairperson, stressed.

“The big focus at the moment, is to try and close the funding gap on Kusile, because clearly that is needed,” he added.

BLSA’s CEO Michael Spicer argued that there was also a need in the energy economy, more generally, to facilitate private sector involvement.

He said that in the context of scarce financial resources, the funding model for all energy projects had to be reassessed, including a project such as the proposed $11-billion greenfield oil refinery in the Eastern Cape, dubbed Project Mthombo.

BLSA again argued that there was not “sufficient space” currently for private participation in South Africa’s infrastructure milieu.

It is human nature to become complacent when an immediate threat passes.  The Eskom power outages of two years ago have almost been forgotten by many South Africans.  If it were not for the recent and continuing global recession, South Africa would be experiencing extreme power shortages right now.  During the power outages of 2008, the diesel/petrol powered generator business sky-rocketed.  Back-up generators are a quick-fix solution as these are  still dependent on fossil fuels.  Alternative, renewable energy sources are the long-term solution.  Solar energy has been singled out by Eskom as the best way to alleviate pressure on the national power network and has thus implemented a rebate system for solar water heating.  It’s ironic that Eskom, in existence because it sells electricity, is encouraging the public to go off-grid as much as possible.  This can only indicate that Eskom is extremely uncertain and concerned that it will not be in a position to supply enough power in the near future.  Water Rhapsody is also a Yes Solar dealer; we supply high quality, German-made solar geysers that currently have the highest Eskom rebate ratings.  Our solar water heating systems comply with European, Australian and South African standards (SABS approved) and are installed by Eskom-accredited installers. Our solar water heating systems can save you between 30% and 50% of your electricity bills (or around 90% of the electricity bills attributed to electric geysers).

As with power, a water crisis is looming in South Africa (read Water Security).  The effect of national water supply cuts is potentially far more serious than power outages.  Owning a borehole is not a guarantee of future water security; groundwater is being extracted at an unprecedented rate in South Africa with many boreholes failing every month.  Groundwater is also vulnerable to pollution from and can be unsafe to drink.  If towns in the Lowveld such as White River and Nelspruit ran out of water, what would you do? Water Rhapsody supplies and installs a range of water conservation systems that include rainwater harvesting, grey water recycling and other water saving devices (see product demo).  We have nearly 17 years of experience and we offer life time support for all our products. With our water systems installed, you can reduce water bills by up to 90% and in some cases, become totally water self-sufficient.  Where water self-sufficiency is desired, factors such as local rainfall patterns and water storage facilities become limiting factors.  We are authorized JoJo Water Tank dealers for South Africa and can also supply and install other quality water tanks such as Atlas Plastics tanks (we supply water tank stands too).

Water and energy are interlinked; contact us for a free quote on how to obtain free water and free solar energy!