Wherever you go these days, you see something about solar energy, on TV, the newspapers, magazines and many other mediums. Whether you’re talking about solar panels, solar gadgets, solar geysers or solar 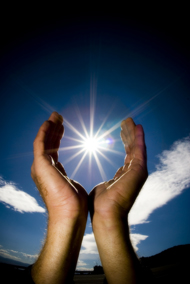 pool heaters – advertisers are increasingly trying to get our attention to renewable energy. But what’s the big deal? Is it really that effective?

Here are some facts to help you understand solar energy:

As the price for energy increases, savvy homeowners should ensure that their homes are not completely reliant on the mainstream power grid.

By reducing your electricity dependence on the grid, you become part of a more sustainable and responsible global community of homeowners and enjoy significant electricity & cost savings at the same time.

The time has indeed come for South Africans to embrace solar technology.  In the past it was considered expensive and inefficient but this has changed to the point where inexpensive solar panels are within reach of the poor.  Water Rhapsody and Yes Solar have teamed up to supply and install the highest quality water conservation systems, water tanks and solar energy products.  Contact us for a free quote!