Easy Ways to Green your Habits and your Home

How Much Water Should You Drink? 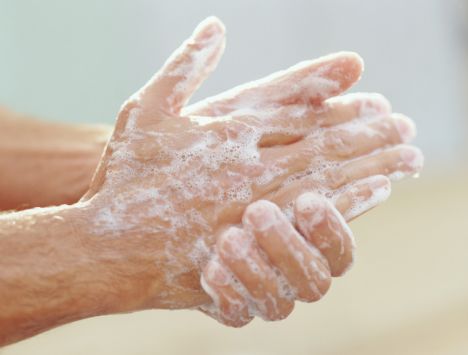 Scientists are reporting dramatic new real-world evidence supporting the idea that hand washing can prevent the spread of water-borne disease. It appears in a new study showing a connection between fecal bacteria contamination on hands, fecal contamination of stored drinking water, and health in households in a developing country in Africa.

The study is in ACS’ Environmental Science & Technology, a semi-monthly journal

Alexandria Boehm, Jenna Davis, and their students note that almost half of the world’s population — over 3 billion people — have no access to municipal drinking water supply systems. They obtain drinking water wells, springs, and other sources, and store it in jugs and other containers in their homes. Past research showed that this stored water can have higher levels of bacterial contamination than its source. But nobody knew why.

The scientists found a strong link between fecal contamination on the hands of household residents and bacterial contamination in stored water in Dar es Salaam, Tanzania. Stored water contained nearly 100 times more fecal bacteria than the source where it was collected. “The results suggest that reducing fecal contamination on hands should be investigated as a strategy for improving stored drinking water quality and health among households using non-networked water supplies,” the report notes.

The simple act of washing hands is taken for granted in First World countries.  Having worked and travelled in African countries such as Mozambique, I know how difficult it can be to find a safe source of water.  Washing hands with running water is a luxury in many rural areas; you may even be contaminating your hands more by using the available water!  My advice, if you are travelling through rural areas in Third World countries, is to carry anti-bacterial wipes to clean your hands.  Water tanks and water storage facilities can easily become contaminated when poorly managed.  Carry a portable water filter for purifying drinking water (bottled water in some countries can also be contaminated).  Communicable diseases are often spread via hands.  When attending events where large numbers of people are gathered, all using a limited number of toilet facilities, ensure that you wash your hands with (hot) soapy water.  So, if you are in South Africa to watch the FIFA World Cup Football games, remember to wash your hands!