Working for Water Programme is Working

Water – Use it Wisely

What are Sustainable Restaurants?

The Working for Water Programme is having a significant impact on the availability of water resources, especially in those provinces heavily invaded by aggressive invaders such as Black wattle, Eucalypt, Port Jackson, Pine, Lantana and Solanum. 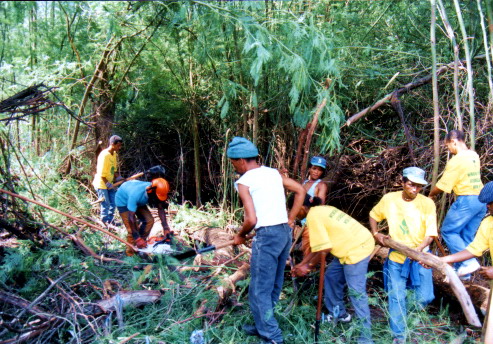 Results from a recent CSIR study in the Western Cape and KwaZulu-Natal showed an annual decrease in water use of 13% and 6% respectively following clearing of invasive alien plants by the Working for Water Programme (WfW) in the areas investigated in this study.

Combining remote sensing data with the Surface Energy Balance Algorithm for Land (SEBAL) model, CSIR agrometeorologist Caren Jarmain and Wouter Meijninger from WaterWatch in the Netherlands were able, for the first time, to estimate the water use of invasive alien plants spatially for three climatically different years over entire provinces.

According to Jarmain and Meijninger, invasive aliens have a major impact on the water resources and biodiversity of South Africa and their spread is controlled through legislation: “An invasive alien plant has the tendency to spread out of control. They have frequently been introduced from elsewhere in the world and do not have the native pests and diseases to plague them in their new environment, which allow them to grow vigorously and spread rapidly. In South Africa, most of the invasive aliens are declared weeds or invaders and are controlled by the Conservation of Agricultural Resources Act,” she explains. 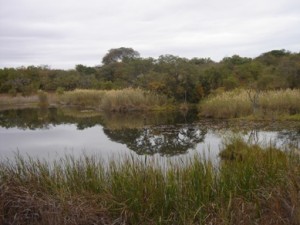 Previous studies done by the CSIR showed that about 10 million ha (8.28%) of the country has been invaded to some extent, at an average density of 17%. The top ten invaders are Syringa, Pine, Black wattle, Lantana, Rooikrans, Port Jackson, Mesquite, Bugweed, Hakea and Opuntia sp. (small round-leaved prickly pear). Multiple studies have shown the increased water use of these aliens compared to the native vegetation.

According to Jarmain this study is unique in that it could integrate the impact of multiple invasions on water resources over space (entire provinces) and time (multiple years), thereby assessing the impact of the WfW programme in attempting to lessen this impact.

“In this study we were able to quantify the actual water use of several invasive plants over space and time, and contrast it to the water use of native vegetation and forestry species. We also assessed the impact of the WfW programme by contrasting plant water use prior to and following clearing of an area,” she explains.

The average water use of the five dominant invasive alien plants in the Western Cape was 897 mm – significantly higher than the water use of most of the native vegetation (thicket 576 mm, fynbos 517 mm and Karoo 117 mm). On average, the annual water use decreased by 13% (781 mm) following clearing by the WfW programme.

In KwaZulu-Natal, the average annual water use of the five dominant invasive alien plants was 876 mm, with exotic non-woody invasive species found to use more than 940 mm of water per year – this includes Chromolaena, Lantana and Solanum.

The Working for Water programme was initiated in 1995 as a joint project between the then Department of Water Affairs and the CSIR. It currently spends R600 million each year on providing over 20 000 jobs aimed at clearing invasive alien plants. It has received international acclaim as one of the world’s biggest programmes on invasive species and their impact on biodiversity and water resources.

The Working for Water (WfW) Programme has been successful in many Lowveld areas.  The effect of clearing streams and riverbanks of  alien invasive species such as Lantana camara is noticeable; most of the small streams on our farm near White River are no longer choked with exotic species and are flowing more strongly.  The programme is especially successful where WfW teams follow-up regularly.  Water conservation encompasses so many aspects, many of them not immediately obvious.  Invading exotic plants not only upset the natural filtering and erosion control properties of indigenous riverine vegetation, they also generally draw much more water from the soil. Consider planting indigenous species in your garden; you will minimize the risk of spreading a potentially invasive plant and they will be adapted to local conditions, usually requiring less water.  Water Rhapsody endorses all water conservation measures.