Arusha — ARUSHA residents have now been compelled to rely on the ongoing rains as their main source for domestic water since the city taps continue to run dry. 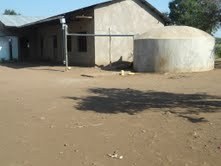 A study around the urban precinct has revealed that many people have started to harvest rain water from the roofs of their residential houses and storing it in large water tanks or home devised containers.

“This is the third week that my family uses rain water; before the rains I used to buy the precious liquid from vendors who take water around the town on lorries or carts,” stated Mr Abraham Wafula, a resident of Ngarenaro.

Arusha City has been facing acute water shortage for months and while the situation which compels Arusha Urban Water Supply and Sewerage Authority (AUWSA) to ration water supply in some areas, many parts of the urban precinct have gone without water for over four months now.

The Managing Director of AUWSA, Eng. Ruth Koya, has maintained her stand that it is because of the rapid increase of the city’s population which has more than doubled the demand for water; this has also spawned cases of illegal connections of water and sabotage of the piping infrastructure.

Speaking during the recently held “National water week” observations at Sombetini Ward here, the AUWSA director seemed to have lost hope of ever rescuing the situation in the near future. The city has over 500,000 residents to date.

She said that to meet the challenge the authority was compelled to ration water especially in outlying areas such as Mbauda, Ngusero, Sombetini, Njia ya Ng’ombe, Kwa Mrombo, Sokon One and Terrat. The authority, however, has prepared a five-year strategic plan beginning from 2011 to 2016, which has short and long term plans to curb water problems in the sprawling city.

She mentioned challenges which they were facing in developing water sources, amongst others, are farming, grazing and rampant tree cutting near water sources.

Earlier, the guest of honour during the launching ceremony, Mr Haji Mwadini Makame – Zanzibar Deputy Minister in the Ministry of Lands, Settlement, Water and Energy – said that they were in Arusha to learn how to improve the life of people by providing clean, safe and adequate water. He said that they have learnt the importance of charging for water.

In Zanzibar water is provided free of charge. In Arusha people continue to be billed per month even when no water comes out of their taps.

Water is indeed a ‘precious liquid’ – its value is usually only realised once it no longer comes out of the taps in the house.  Rainwater harvesting is a solution to water supply cuts as it allows businesses and homeowners to store rainwater in water tanks to be used when there is a water outage.  If enough rain water can be collected and stored in a number of above ground or underground water tanks, rainwater can even become the main source of water.  South Africans are fortunate to have affordable, high quality water tanks available from JoJo Tanks.  Click on the links below to view the wide range of JoJo water tanks, JoJo rainwater tanks, JoJo tank stands, JoJo septic tanks and other JoJo Tanks products available.