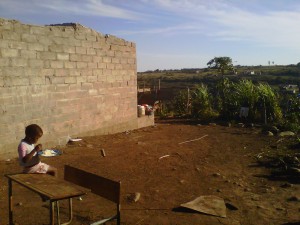 Communities with low socioeconomic status based on income, education and housing would be the most vulnerable to the effects of climate change, a new Water Research Commission (WRC) study showed.

It also indicated that there was a need to identify vulnerable South African communities so that development planners could begin working on viable site-specific adaptation strategies.

The research, conducted by the Centre for Water Resources Research (CWRR) at the University of KwaZulu-Natal (UKZN), revealed that communities least able to adapt were also those most exposed to the downside risks associated with climate change, partly owing to patterns of urban migration and the geographic legacies of apartheid legislation.

The CWRR research project was conducted in the Mgeni catchment, in KwaZulu-Natal, and the Berg catchment, in the Western Cape, which both hosted urban settlements, rural areas as well as subsistence and commercial farming.

The catchments had high-density urban settlements, implying that a large number of people, living in a relatively small area, were vulnerable to climate change impacts.

It found that these communities did not have the capacity or resources to protect themselves or their properties from possible climate change impacts.

CWRR environmental hydrologist Sabine Stuart-Hill said those directly dependent on natural resources were most likely to be affected by changes in the availability and distribution of those resources.

She added that, by identifying which communities were vulnerable to which forms of climate change, researchers could advise development planners on the most viable adaptation strategies for each location.

“Urban migration may have a negative effect on people’s ability to adapt to climate change as they experience disruptions in social structure and lose traditional practices,” explained Stuart-Hill.

Traditional or informal households were also at greater risk owing to flooding, as buildings materials and structures lacked the structural integrity to withstand the pressures of floodwater.

In addition, the use of open water also had various social and health issues, such as the risk of waterborne diseases.

“The need to reduce the number of people relying on open water sources is imperative in both catchments as these communities are using unsafe water sources and are at risk to changes in water quality and quantity,” said Stuart-Hill.

Research indicated that while rainwater tanks and groundwater extraction could be viable alternative water sources in certain catchments, such as the Mgeni, it might not be a viable option to those already making use of boreholes in catchments such as the Berg, owing to a predicted decrease in the recharge of groundwater as a result of climate change.

Many of these rural areas experience fairly good rainfall so rainwater harvesting and rain water tanks really should be initiated.  Some of the older style rural buildings have thatched roofs (especially in Kwa-Zulu Natal) which are generally not suited to rooftop rainwater harvesting.  However, corrugated iron rooftops are gradually taking over and these make for ideal rainwater collection surfaces.  A plastic water tank is easy to transport and installation is simple- a 2500 litre or 5000 litre water tank installed at each household would make a huge difference to quality of life.  Local, small-scale solutions to climate change and water scarcity are often far superior to big, high-profile projects such as dam building.  If one drives through the rural areas of South Africa, one often sees expansive dams that are hardly utilised (no pumps, electricity, pipes, purification/treatment plants to supply water to the communities).  The result is that rural women must walk great distances to collect dam water which is potentially contaminated by livestock and human waste.