NDP calls for the establishment of a national water agency

Cape Town – The revised National Development Plan (NDP) calls for the establishment of a national agency to manage the availability of enough water in South Africa. 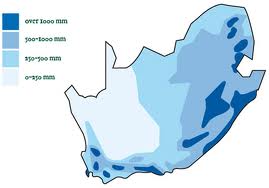 Describing water as potentially the biggest limit to growth in the economic and agricultural sectors, the document proposes to: “Establish a national water-resources infrastructure agency.”

Among other things, it notes “growing concern” about the country’s water future.

“There are serious concerns about the ability of the current water administration to cope with emerging challenges.”

The available pool of experienced water engineers and scientists is shrinking rapidly.

“Administrative failures and the absence of enforcement indicate that management quality is deteriorating and institutional memory is being eroded.”

It says delays in issuing water licences are affecting economic activity, with new farmers also being affected as the administration fails to reallocate water rights in areas where demand exceeds supply.

The NDP calls for the establishment of an agency to manage water resources in a manner similar to the management of the country’s roads.

“The department of water affairs has identified the actions necessary to reconcile the water demands of major urban and industrial centres with potential supplies up to 2030. These plans need to be translated into well-timed investment programmes to avoid supply constraints.

“This agency would build on the foundation provided by the Trans-Caledon Tunnel Authority, which is already supporting implementation of several large projects, and help to resolve the organisational challenges faced by the department’s Water Trading Entity.”

The document notes that while water restrictions due to drought have been limited in recent years, the threat remains “due to delays in investment in infrastructure and a failure to moderate growth in demand”.

It says backlogs in service provision in rural areas remain, and there is pressure to upgrade urban service levels, which will require further investment.

“There is an urgent need for a coherent plan to ensure the protection of water resources and the environment in the Mpumalanga Highveld coalfields, upstream of the Vaal and Loskop dams, as well as in the Lephalale-Waterberg area.

According to the document, reducing the national demand for water is equally as important as increasing its supply.

“Current planning assumes it will be possible to achieve an average reduction in water demand of 15% below baseline levels in urban areas by 2030.”

Achieving demand reductions on this scale will require programmes to reduce water leakage in distribution networks and improve efficient domestic and commercial water use.

The NDP says agriculture, too, needs to be better managed.

“Agriculture uses the largest volume of water (even though agricultural water supplies are less reliable than those supplied to urban and industrial users).

“The farming sector will have to increase its water efficiency to improve production and allow for water to be transferred to new users in water-scarce areas, to compensate for the expansion of irrigated agriculture, which has high job-creation potential.”

The plan proposes a dedicated national programme to provide support to local and sectoral efforts, to reduce water demand and improve water-use efficiency.

It also calls for a review of current water allocations.

“A review of existing water allocations is needed in areas where new users are seeking access, but current users already take more than can reliably be provided.

“There is statutory provision for these reviews, which, if not undertaken, will result in a rise of illegal use and the over-allocation of the resource.”

The NDP shies away from mention of likely water price increases, alluded to in April this year by Water Affairs Minister Edna Molewa. She said at the time that above-inflation increases were probably on the cards to fund the massive infrastructure backlog.

The plan suggests only that there is a need for an independent economic regulator.

“For water services, price-setting is regulated by municipal procedures. In this context, the need for an independent economic regulator for water, its specific functions and the potential costs and benefits in relation to the current arrangements should be carefully assessed.”

Reducing South Africa’s water demand as well as increasing water supplies is a tall order for a water scarce nation.  However, if individuals, industry, agriculture and government make a concerted to effort to utilise water more efficiently and implement water conservation measures, it is possible.  Homeowners and businesses can save money and water by installing rain water tanks for storing rainwater collected from rooftops or other suitable surfaces.  Rainwater harvesting systems can range in complexity from a simple downspout directing rainwater into a water tank to systems that fully integrate with the existing water supply.  JoJo Tanks manufacture a huge range of plastic (polyethylene) water tanks and other products such as steel tank stands.  Click on the links below for more information about the various JoJo Tanks products.