Future water availability is one of the biggest threats facing people and business in South Africa. 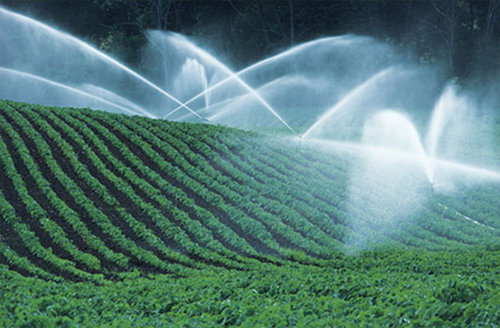 Yet it is a threat that many companies do not seem to appreciate, if this year’s Water Disclosure Project report is anything to go by.

The report asked companies how water influenced their operations and covered topics such as their efficient use of the resource and how their management viewed the importance of water.

It found that many companies did not understand the threat that water scarcity poses and, if they did, ranked it low on their agenda.

This despite about 85% of water-intensive users among the Top 100 companies on the Johannesburg Securities Exchange being exposed to water-related risk, with 70% believing that their operations could be directly affected in the short term, the report showed.

Financial services group Sanlam is one company that is bucking this trend. For the past five years it has helped run the Living Waters Programme in partnership with the South African branch of the World Wide Fund for Nature (WWF).

Although it started out as a fresh- water initiative, the programme has grown to include anything to do with water, anywhere in the country and off its shores.

It has also become the umbrella for the fund’s marine and freshwater programmes.

Brought together, these have become so influential that Sanlam’s initial R12-million investment has put enormous pressure on other organisations to join in. As a result the partnership has leveraged some R67-million in investment funding into water initiatives. And Sanlam recently renewed its commitment to Living Waters for a further three years to the value of R16-million.

The current undervaluing of water is a serious problem for its conservation and for business in the future, he said. “It is not sustainable to plan growth patterns that fail to account for the future availability of clean water.”

The current business-as-usual method of developing at a high discount rate — which ignores the future costs that stem from poor development for profits now — cannot continue, Van Zyl said.

Sanlam’s involvement in changing consumption patterns is consequently a selfish move, which also seeks to guarantee its long-term survival by ensuring the country has adequate supplies of water for its needs.

The partnership’s programmes range from tiny to huge, and they have all changed habits and ­created jobs. At the smallest scale, the Shark Spotters programme has employed 14 people around False Bay to warn those brave enough to jump into the sea when they are in danger of being a tasty treat.

In the freshwater and marine sector it has trained at least 2300 people, with 330 finding full-time employment. It has also helped to pioneer a massive marine protected area around the Prince Edward Islands to the south of the continent.

To change consumer ­habits, the Living Waters Partnership is working with the Southern African Sustainable Seafood Initiative on a colour-coding system that warns consumers whether the fish they buy or eat in restaurants comes from depleted stocks.

The initiative’s manager, John Duncan, said this has had a huge effect along the entire supply chain. “People are buying differently and now this is putting pressure on the suppliers to change,” he said.

As more people buy the green-label fish, which are not endangered, so supermarkets start changing the orders they place with fishing companies. They in turn change what they catch. With 60% of the local seafood retail market already committed to the initiative, it is a programme with tangible outcomes.

Living Waters is also changing how farmers go about their business. Its Sustainable Sugarcane Farm Management System aims to get farmers to use more efficient farming methods and less fertilisers and chemical pesticides that not only damage the environment but also put local water supplies at risk.

The system has already been adopted by the South African Sugar Association, which will roll it out across the country. And because sugarcane is being a hugely water-intensive crop, the effect will be huge.

To boost awareness, Living Waters recently launched the Transformative Partnership, which will inform people about just how scarce water is and what they can do to look after water resources and to manage them more effectively.

With its large workforce, Sanlam also has a duty to do what it can in its own operations, said Van Zyl. It is already in the process of phasing out plastic bottled water in its offices, and aims to reduce its own water consumption by 10% by 2015.

It has also flex its muscle along its supply chain. For any procurement over R500000, service providers have to disclose their water consumption and their other impacts on the environment.

A tangible environmental result will be the saving of 4.5-billion litres of water through the Water Balance programme every year. By using the public support already garnered, the programme has leveraged the support of other industry leaders to rehabilitate 1500 hectares of freshwater habitats.

This programme has convinced other companies, such as South African Breweries, to the challenge.

The World Wide Fund for Nature’s chief executive, Morné du Plessis, said the “pioneering” Living Waters partnership “has created a positive and constructive space for parties from different perspectives to meet to co-create solutions to some of the most important issues facing our society”.

Over the past five years, the partnership “has not only created change in the way society interacts with our aquatic resources, it has also been successful in stimulating and leading change within WWF South Africa. This partnership catalysed a shift from a reactive funding agency approach to a fresh, new, proactive and strategic approach to freshwater and marine conservation within WWF-SA.”

The Greening the Future judging panel praised the partnership as “a big and remarkable project with tangible outcomes for all water resources. It is the kind of model we would like to see replicated in other environmental sectors, and demonstrates just how much companies can do when they’re truly committed.”

Creating awareness of the frailty of our current fresh water supplies is extremely important if South Africa is to avert a serious water crisis in the near future.  For such a valuable resource, water is very cheap in this country but increasing water tariffs will only work to an extent; when there is no water left to buy, the cost of water will be irrelevant.  A relatively easy way of obtaining ‘free water’ is by installing rainwater harvesting systems with rain water tanks for storage.  Many businesses have ideal roofs that could potentially harvest very high quantities of rainwater.  For example, a warehouse with a corrugated iron roof could collect many thousands of litres of rainwater during a single rainfall event; the rainwater could then be stored in a series of above ground plastic or poly water tanks or it could be diverted to underground water tanks.