Marseille – It is unacceptable that billions of people around the world do not have access to clean drinking water, French Prime Minister Francois Fillon said on Monday. 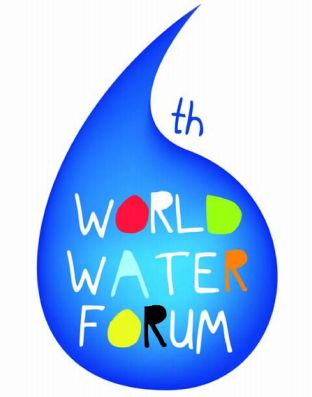 Speaking at the opening of the sixth World Water Forum (WWF) in Marseille, he said the time had come for the international community to tackle the problem.

“The number of people who have no access to clean water is in the millions.

“Each year, we mourn millions who have died from the health risks this causes.

“The situation is not acceptable; the world community must rise and tackle it,” Fillon said.

The WWF, held once every three years since 1997, takes place against a backdrop of a world in which an estimated one to four billion people do not have access to good quality drinking water.

According to the World Health Organisation, diseases caused by poor sanitation kill two million people around the globe each year, 90 % of them children under five-years-old.

One of the forum’s focus areas is Africa, where an estimated 350 million people do not have access to safe drinking water, and 450 million are without sanitation.

On Wednesday, the WWF will host a special “Africa Focus Day”, with discussions on, among others, water supply, sanitation, trans-border agreements and the effects of climate change.

South Africa’s Water Minister Edna Molewa, in her capacity as president of the African Ministers’ Council on Water, will attend a high-level meeting aimed at strengthening water security on the continent.

The five-day WWF ends on Friday.

Among the major issues under discussion is the push for the recognition of water as “an increasingly recognised political issue”.

In 2010, the United Nations General Assembly adopted a resolution recognising the right to water and sanitation.

According to the forum’s organisers, “we need to amplify this movement and continue mobilising political decision-makers at all levels”.

Also speaking at the opening of the event, World Water Council president Loic Fauchon called on delegates to “write a new chapter in the history of water”.

Security around the Parc Chanot conference centre in Marseille was tight on Monday, with the arrival of more than 80 ministers and high-ranking officials.

A group of heavily armed French police officers lined the street at the entrance to the venue, and several burly plainclothes security men, in dark suits and sunglasses, scrutinised all who passed through.

In an ironic twist, those attending the WWF, the world’s largest water event, were required to pass through a security checkpoint, where they were asked: “Do you have any water?” Those who did had to hand it over.

By late morning on Monday, security officials had confiscated a boxful of plastic bottles.

Water resources are already the cause of many conflicts around the world and it is conceivable that wars will be fought over water resources in the future.  By controlling water supplies, governments are able to control its citizens.  Every person should strive to save water and become more water self-sufficient.  While water tariffs worldwide and around South Africa are set to skyrocket, water from rain is still free.  Rainwater harvesting and storage of rain water in rainwater tanks is one way of achieving a degree of water independence.